On the verge of a breakthrough: Bitcoin may update the record in early 2022 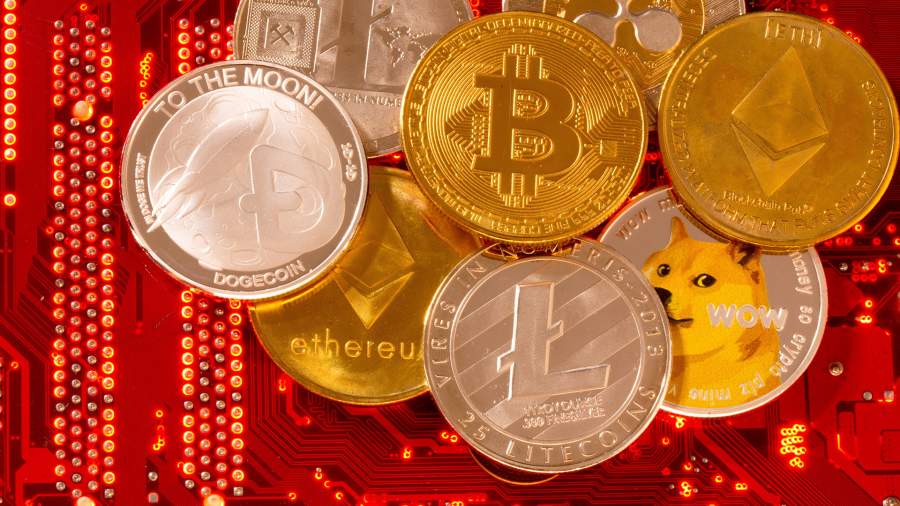 In 2022, the bitcoin rate may reach $ 100 thousand., say analysts interviewed by Izvestia. In their opinion, now the market is at a critical juncture. However, over the weekend, cryptocurrency quotes fell sharply… The bitcoin rate fell by almost $ 15 thousand during the day, and on December 4, it went down to $ 42 thousand. At that moment, the quotes of all leading altcoins fell. Most of the top 10 cryptocurrencies in terms of capitalization since the end of last week fell in the value of Polkadot, Solana and Cardano. The main reasons are profit-taking by large investors, the sale of bitcoin and a temporary decrease in the indices of technical companies., experts say.

Reasons for the fall

Digital assets have dropped sharply over the weekend. Following bitcoin, the price of which fell from $ 57 thousand to $ 42 thousand.On December 4, the rates of the top 10 altcoins by capitalization also collapsed… So, for example, since the end of last week, Polkadot has fallen in price by 29%, Cardano and Solana – by 26%, Dogecoin – by 24%, Ripple – by 22%, and Ethereum – by 13%. Now the main cryptocurrency is at the level of $ 48.4 thousand.

The decline in the market for digital financial assets occurred due to the fixation of profitable positions by large investors. So, the main Bitcoin sales were observed in the group of participants with the volumes of cryptocurrency in wallets from 1,000 to 10,000 coins. It was these players who actively bought digital currencies at the beginning of the year at the levels of $ 20- $ 25 thousand and are now selling their investments., putting pressure on the crypto market, said the leading analyst of the financial company 8848 Invest Viktor Pershikov.

There was also a technical factor for the fall in the bitcoin rate. Since the beginning of last week, the main cryptocurrency has been trading in a very narrow price range. In such market conditions, participants tune in to lower volatility, and less reason is enough for robots and trading systems to regard the decline as a trend change, explained the leading strategist of the investment company Exante Janis Kivkulis. On Friday, on the news of weak data on employment in the US and comments on monetary policy, the bitcoin price fell by 7%, and on Saturday, when the market again reached these lows of about $ 52K, a whole avalanche of automatic transactions for the sale of an asset, pre-configured by investors, formed. … So, the leading coin fell in price by $ 10 thousand in minutes. Because of this, at the moment, the growth trend was in question, but has not yet crossed the decisive line.

Last week, cryptocurrency also began to lose ground following financial markets under pressure from uncertainty over a new strain of coronavirus and rising inflation., says Gleb Kostarev, director of Binance in Eastern Europe. In his opinion, earlier the actions of the bulls led to the oversold of the asset, so if stabilization and a slight rollback are achieved in the coming days, this may become a new signal for further growth.

In addition, in recent months the cryptomarket repeated the dynamics of the indices of high-tech companies, which may be associated with a decrease in quotations, said the analyst of FG “Finam” Sergei Perekhod. In the future, he expects an increase in the rates of digital assets due to the strengthening of the high-tech sector and higher inflation.

At the moment, the crypto market is in an unstable balance. Closing the year with the bitcoin price at $ 40 thousand will practically zero its growth in 2021 and can be regarded as a signal of the onset of a bearish trend for digital assets and a repetition of the situation in 2018 and 2014. Such a development would fit into the four-year cycles of the main coin, said Janis Kivkulis, lead strategist at Exante.

In a negative scenario, by the end of next year, the bitcoin rate may drop to $ 17-22 thousand. The likelihood of such a development of events will become clearer in the next few days. If the bulls are behind the growth trend of the coin, then already in the first or second quarter of 2022, the rate of the main cryptocurrency may exceed $ 70 thousand and approach $ 100 thousand at the highs of the year, the expert believes.

FG Finam analyst Sergey Perekhod adheres to a positive outlook. In his opinion, Bitcoin should be expected to return to $ 66 thousand, and Ethereum – to $ 4.8 thousand in the near future. This year, the main digital currency will not update its historical maximum, but next year it is already capable of surpassing it and reaching $ 75 thousand, said Viktor Pershikov, a leading analyst at 8848 Invest. He also expects market capitalization to rise to $ 4 trillion, including through decentralized finance, GameFI, asset growth in the NFT sectors, and metaverse tokens.

Now investors are worried about the spread of the new Omicron strain, against the background of which prices for classic financial assets have dropped. However, this situation is likely to be the reason for the postponement of the tightening of the monetary policy of the US Federal Reserve from 2022 to 2023, which will create support for the value of cryptocurrencies., the expert explained. Rising inflation will also contribute to the bullish trend. This will push investors to invest in Bitcoin and Ethereum, which are deflationary and will save assets from depreciation.

If the main cryptocurrency maintains an upward trend, then next year its rate can reach $ 100 thousand or even $ 200 thousand., says Daniil Shepovalov, an IT expert, a specialist in the field of technical analysis. However, in the opposite case, the price of the coin may fall in price up to $ 20-30 thousand.At the same time, the upward trend persists as long as the cost of bitcoin is above $ 39 thousand.

Altcoin courses will follow the main cryptocurrency. However, for example, Ethereum and projects related to popular metauniverses are less prone to such corrections, and projects with weak foundations are much more likely, said Chen Limin, CFO and head of trading operations at ICB Fund. In his opinion, it is worth investing in projects that support large funds so that they can keep tokens from falling and quickly increase the price during the growth period. Among them, for example, Sandbox, Solana, Enjin, etc.