Once again, Blatter and Platini appear before the Swiss court on fraud charges 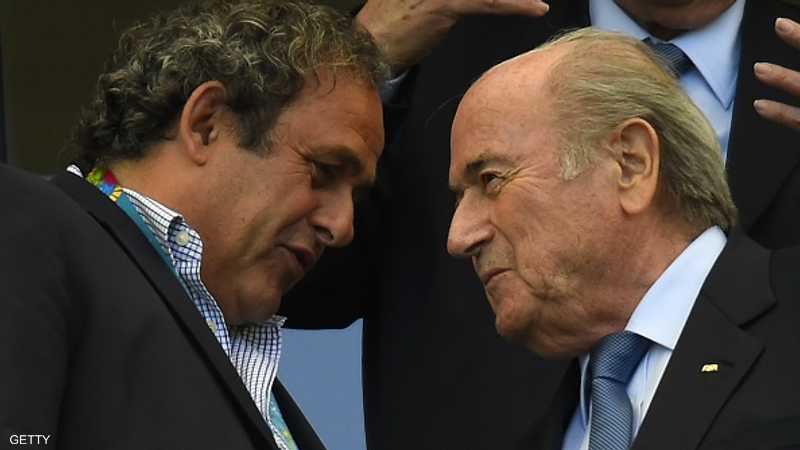 Former FIFA president Sepp Blatter and former UEFA president Michel Platini will be tried in a Swiss court starting Wednesday, on charges of fraud over a suspicious 2015 payment.
Blatter, 86, and Platini, 66, will begin a two-week trial in the Swiss Federal Criminal Court in the southern city of Bellinzuna, accused of fraud over a suspicious payment that has excluded them from the world football scene since 2015.
The two former officials, who are also being prosecuted for mismanagement, breach of trust and fraud, are accused of “illegally obtaining, on FIFA’s account, a payment received in 2011 of two million Swiss francs (1.8 million euros)” for Platini.
The court says Platini “presented to FIFA in 2011 an alleged fictitious invoice for a still existing (alleged) debt for his activity as a FIFA advisor between 1998 and 2002.”
The court concludes on the 22nd of this month, with the three judges issuing their rulings on July 8.
Both men face up to five years in prison or fines.

Platini and Blatter were banned from any football-related activity, at the moment when the Frenchman seemed ready to succeed the Swiss at the top of the international body.
The allies became enemies with Platini’s impatience to seize power, while Blatter’s downfall came swiftly over a separate corruption scandal in 2015 investigated by the US Federal Bureau of Investigation (FBI).
At the Pelintsuna trial, the defense and the prosecution agreed on one point: Platini was appointed as Blatter’s advisor between 1998 and 2002. They signed a contract in 1999 for an annual salary of 300,000 Swiss francs, “which Platini had invoiced on every occasion and was paid in full by FIFA,” according to the Swiss public prosecutor’s office.
However, more than eight years after his advisory role ended, Platini “claimed two million francs,” the office also said.
The Federal Prosecutor alleges that “with Blatter’s participation, FIFA paid Platini the said amount at the beginning of 2011. Evidence collected by the Swiss Prosecutor’s Office confirmed that this payment to Platini was made without legal basis. This payment damaged the assets of FIFA and unreasonably affected Platini. legal”.
The two men insist that they agreed verbally from the outset on an annual salary of one million francs.
“It is an unpaid salary owed by FIFA under a verbal contract and paid on the best legal terms. Nothing extra! I have acted, as in all my life and career, with the utmost frankness,” Platini said in a statement to AFP.
As a civil party, FIFA wants the money paid back in 2011 to be “returned to the only purpose for which it was intended: football”, the football body’s lawyer, Mai Hall-Shirazi, told AFP.
Blatter joined FIFA in 1975, becoming its general secretary in 1981 and president in 1998.
The Swiss was forced to step down from his position as president of the world body in 2015 and was punished by the International Federation for a period of 8 years, then later reduced to 6 years, due to ethical violations after it was found that he had allowed the payment of two million euros to Platini.
As for Platini, he is considered one of the greatest football players in history. He won the Golden Ball three times in a row between 1983 and 1985, and headed the European Union between January 2007 and December 2015. He appealed the decision to ban him for eight years, before it was reduced to four.