‘Once there was a rumor of my death’ – Ravindra Jadeja 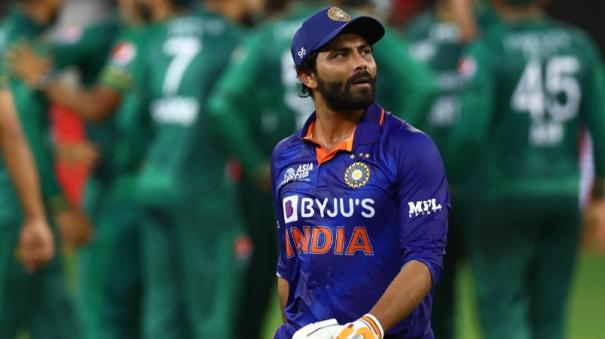 Dubai: All-rounder Ravindra Jadeja of the Indian cricket team said that once there was a rumor about my death.

Ravindra Jadeja, the all-rounder of the Indian cricket team, scored 35 runs to help win the match against the Pakistan team yesterday. With his help, Pandya hit a huge six in the last over to win. The Indian team will next face the Hong Kong team at the Dubai International Cricket Stadium today.

Jadeja, who met the media ahead of the tournament, was asked about reports that he might miss the T20 World Cup due to injury. To which he said, “It’s a very small rumor that I’m not in the World Cup squad. Once there was a rumor about my death. You cannot match such rumours. I didn’t think much of it. My focus now is to perform well on the field,” he said.

In the ongoing IPL season, Jadeja scored just 116 runs at a strike rate of 118.37 and an average of 19.33. He managed to take only five wickets. Also, he missed a few months of matches due to a rib injury. He was told he would not play for almost a year due to injury. However, he quickly recovered and proved himself by scoring a century in the Edgbaston Ground Test along with a tour of England. In yesterday’s match against Pakistan, he put up a 52-run partnership with Hardik Pandya to help India win.