‘One Click’.. Ukraine launches global financial platform to help it in war 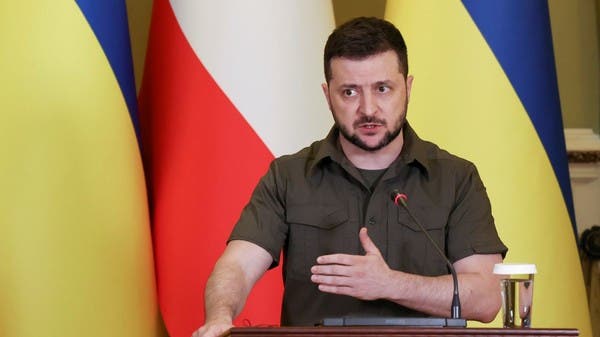 Ukrainian President Volodymyr Zelensky helped launch a global crowdfunding site to raise money to help his country fend off an unprovoked attack by Russia and rebuild the country once the war is over.

Speaking in English in a video posted on Twitter today, Thursday, May 5, Zelensky said that all money collected on the site will be transferred to the Central Bank of Ukraine, where it will be directed to “relevant ministries.”

“With one click, you can donate money to protect our defenders, save civilians and rebuild Ukraine,” Zelensky said in the video, launching the United24 platform.

Zelensky said the site will help ordinary people from around the world help in the fight against Russian forces.

“Every donation is important to victory,” he added.

Russia launched its invasion of Ukraine on February 24 and since then has been bombing the country on a daily basis. While Moscow says it does not target civilians, mounting evidence shows that civilian infrastructure, including apartment buildings, hospitals and cultural centers, has been destroyed.

The crowdfunding site says the money raised will be directed towards three sectors: defense and demining, medical aid and rebuilding the country.

“Only together can we stop the war and rebuild what Russia destroyed,” Zelensky said.