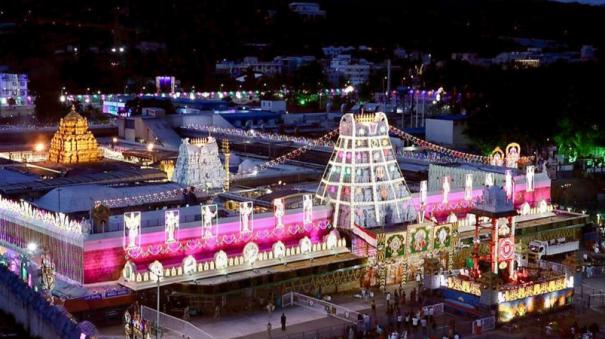 Tirumala: After the establishment of Tirumala Tirupati Devasthanam, in 1983 Chief Minister N.T. It was during the reign of Rama Rao that the Vaikundam Q complex was built for the devotees of the Seven Malayan Temple.

Free Alms started functioning as Sriveng\Kateswara Alms Scheme. It was planned that the money offered by the devotees would be deposited in the government banks and the Annaprasad scheme should be run on the interest money received from it.

One lakh people are given food every day at the Thari Dandi Vengamamba food distribution center in Tirumala. Devotees are also donating for this Annadana project. Vegetables are being donated daily from many cities.

In this case, if anyone wants to give alms to the devotees of Tirupati Eyumalayan one day, they can donate Rs.33 lakhs. If you want to donate food only once, you can donate Rs.12.65 lakh. Tirumala Tirupati Devasthanam has announced that Rs 7.70 lakh can be donated for refreshments.