One in Ankara and the other in Istanbul.. Erdogan’s throne is under threat 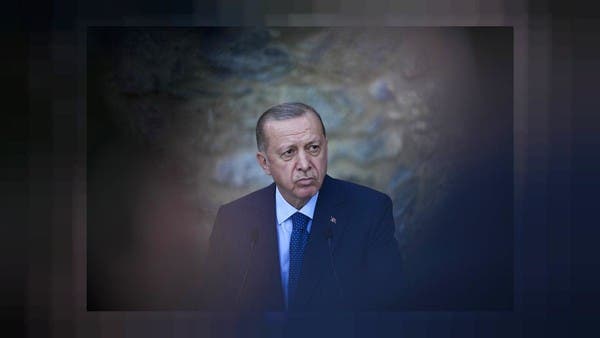 Turkey has been living for years in light of internal and external tensions that have increased significantly this year and posed a major challenge to President Recep Tayyip Erdogan and his “Justice and Development” party, which he leads, especially with the announcement of 6 parties opposing him to form an electoral alliance that may topple him in the presidential and parliamentary elections to be held in June of the year 2023.

The mayors of Ankara and Istanbul advance

In addition, the latest opinion polls show that the mayor of Ankara, Mansur Yavas, who belongs to the Republican People’s Party, which is the main opposition party in Turkey, and Ekrem Imamoglu, who is also affiliated with the main opposition party, outperformed Erdogan in the latest opinion poll conducted by The research company “Metropol”, which showed the decline in the popularity of the ruling Justice and Development Party again in front of Yavas and Imamoglu, who are considered among the most important candidates expected in the upcoming presidential elections.

Two field researchers from the Turkish research companies “Metropol” and “Eurasia” said that “the popularity of the ruling party continues to decline as a result of the current economic crisis and the currency problem, which recorded record low levels this month, in addition to the spread of unemployment and the decline in the standard of living of the middle classes.” These are all a set of internal problems that threaten the survival of the Turkish president and his party in power, according to what the researchers revealed to Al Arabiya.net.

President Erdogan’s challenges this year are not limited to the Turkish interior alone, but he and his country are facing unprecedented tensions with neighboring countries, especially Greece and Cyprus, members of the European Union, in addition to his ongoing differences with the United States, Russia and some Arab countries.

In this context, Ilhan Ozgl, a former professor of international relations at Ankara University, confirmed that “the Erdogan government has been trying for some time to develop its relations with both the United States and Russia, but there is little balance in relations with these two countries. The Turkish rapprochement with Moscow angers Washington, Also, Turkish support for Ukraine worries Moscow, and therefore this process is very complicated.”

In an interview with Al Arabiya.net, the international relations expert indicated that “Ankara is also trying to restore its tense relations with Arab countries, including Gulf capitals, as well as with Israel, but these countries are not in a hurry to end tensions with Turkey, and it is clear so far. Ankara really needs to break its isolation by renewing its relations with these countries.”

He also added, “There are many external challenges for the Turkish president, besides America, Russia and the Arab countries, his country does not have a good relationship with the European Union, although Ankara has made progress with Brussels on the refugee issue, but all of the matter is that Turkey keeps refugees on its territory in exchange for some money from the European Union.

He also stressed that “the European Union is not interested in strengthening its relations with Ankara and focuses only on issues related to the issue of migrants, and with the arrival of an anti-Erdogan coalition to power in Germany, Ankara’s challenges in dealing with European countries will increase.”

Özgül also considered that “Ankara’s tasks in the new year seem difficult, as it needs to find solutions to its complex internal problems, especially those related to the economy and the currency crisis, in addition to its external problems that require it to emphasize that it is a key partner of NATO, the United States and the Union. European”.

It is noteworthy that over the past years, Ankara’s relations with Washington have repeatedly strained, but last April, Turkish-American tensions reached their peak with US President Joe Biden’s recognition of the Armenian genocide. Before that, Washington objected to Ankara’s purchase of the Russian-made S-400 air defense system.

The continuous US support for the Syrian Democratic Forces, known for its acronym “QSD”, of which the “Kurdish People’s Protection Units” are the most prominent components, threatens to further tension the relations between Washington and Ankara, especially since the latter has been calling for the United States for years to stop supporting the Kurdish fighters, whom Ankara classifies as The units to which they belong as a “terrorist” group.

In addition to the ongoing tensions with Washington, Ankara’s relations with Moscow do not seem stable either, especially with Turkey’s support for Ukraine and Kiev’s acquisition of Turkish drones, which angers the Russian side after the Turkish expansion in the South Caucasus through its alliance with Azerbaijan and its relentless attempts to normalize its relations with Armenia. .

In addition to these challenges, Turkey has some outstanding issues with European institutions over the human rights file. The Council of Europe will punish Ankara after less than a month, either by suspending its membership or preventing it from voting if it refuses to release Osman Kavala, a businessman known for his charitable activities, Osman. Kavala has been imprisoned for more than 4 years, after the council, which includes 47 countries, including Turkey, at the conclusion of its regular meeting held at the beginning of this month, granted Ankara 6 weeks to implement a ruling issued earlier by the “European Court of Human Rights” that ordered the immediate release of Kavala. .