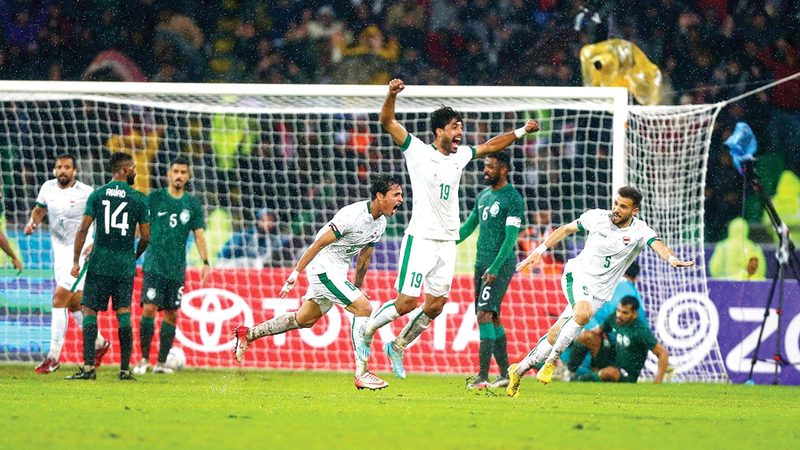 Vice President of the Iraqi Federation for Sports Press Adnan Lafta revealed that there are more than a million electronic requests that arrived on the official website to obtain tickets for the match yesterday, Monday, which brought together the teams of Iraq and Saudi Arabia in the 25th Gulf Cup, which is currently being hosted by the Iraqi city of Basra, with the participation of eight teams, indicating that the stadium It can only accommodate about 65,000 spectators, but these large requests indicate the desire of the Iraqis for the success of the Gulf Championship.
“The tickets for the Arab Gulf Cup matches in Basra are the most expensive so far,” said a gesture to the “Sharjah Sports” channel.
Adnan Lafta indicated that the tournament tickets are sold electronically.

The match between Iraq and Saudi Arabia ended with Iraq winning 2-0 in the second round for the account of the first group, which is led by the Iraqi team with four points, while the Oman team comes second with the same balance, the Saudi team third with three points, and Yemen fourth without a balance.