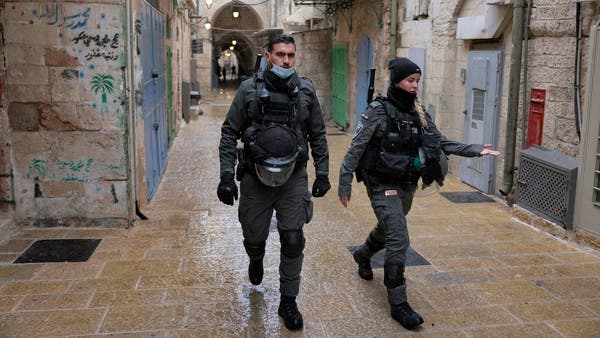 Today, Sunday, Hamas claimed the attack in Jerusalem, which led to the death of an Israeli and the wounding of others. And it clarified in a statement that the perpetrator of the shooting attack in Jerusalem was the movement’s leader, Fadi Abu Shkhaydam.

In turn, the Minister of Internal Security in Israel, Omer Bar-Lev, announced that the perpetrator of the attack at Bab al-Silsila in Jerusalem, which led to the death of one person and the wounding of three others, belonged to Hamas, and it appears that he planned the attack in advance.

He arrived with his wife, carrying a machine gun

A spokesman for Israeli Prime Minister Ofir Gendelman quoted Bar-Lev as saying that “the attacker who carried out the attack was a resident of East Jerusalem and belonged to Hamas.”

He also added that “he arrived at the area carrying a machine gun, while two policewomen shot him within a few seconds.” He pointed out that his wife fled abroad, adding that the operation was apparently planned in advance.

Meanwhile, Hadassah Hospital announced that a man had died of his wounds, according to Agence France-Presse.

In turn, the Israeli police confirmed the death of the perpetrator. And it explained in a statement that the shooting was carried out “with Carlo (a machine gun) in the Old City.”

It is noteworthy that the Old City is located in the eastern part of Jerusalem, which was annexed by Israel.

And on Wednesday, the Israeli police announced that the security forces wanted a man who launched an attack with a knife, targeting Israeli forces and wounding two people in Old Jerusalem.

In late September, a woman attempted to stab a policeman on a street leading to Al-Aqsa Mosque before she was killed.

It is noteworthy that East Jerusalem and the occupied West Bank have witnessed, as of October 2015, and for months, attacks targeting Israelis.

Later, the frequency of these attacks decreased, but they are still launched from time to time.