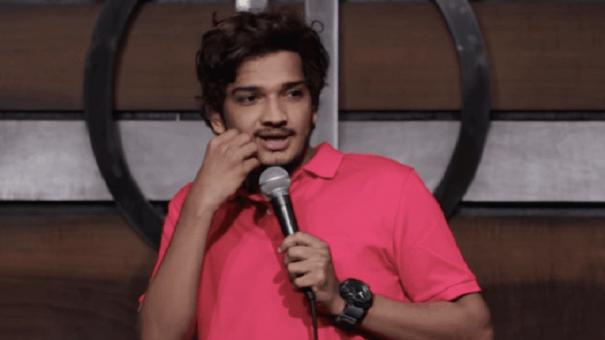 Munawar Farooqui’s ‘stand up’ comedy show was scheduled to take place today (August 28) at an arena in Delhi’s central district. For this, a letter was given to the Delhi Police on behalf of the event organizers seeking permission. Meanwhile, on behalf of the Vishwa Hindu Parishad, a letter was sent to Delhi Police Commissioner Sanjay Arora requesting a ban on the same event. In it, ‘Munawar Faruqi satirized Hindu gods in a comedy show in Bhagyanagar. This created an atmosphere of religious conflict there. Therefore, if this program is not banned, VHP and Bajrang Dal organizations will protest at the venue.

In this case, the Police Joint Commissioner O. P. Mishra said that if Munawar Faruqi’s program is allowed after the police conducted an investigation, the program will be banned as there is a possibility of religious conflicts in the area.

Mahua Moitra condemns: Trinamool MP for this. Mahua Moitra condemned. In this regard, he said on his Twitter page, ‘VHP has threatened the spineless Delhi Police to ban the Munawar programme. Mahatma Gandhi had said that I do not want my house to be walled on all sides and the windows of my house barred. But, 75 years after India’s independence, religious harmony is so fragile? Will a comedy show destroy India’s religious harmony?’ He questioned and tweeted.

Gandhiji said “I do not want my house to be walled in on all sides and my windows to be stuffed.”

Is India@75’s communal harmony so fragile today that it is being disrupted by comedy shows?

Who is this Munawar Faruqi? – Munawar Farooqui is a 32-year-old stand-up comedian. His hometown is Gujarat. His family moved to Mumbai after the 2002 Gujarat riots. Munawar’s mother passed away within a year. His father was also prone to illness and Munavar was forced to work at a young age. He used to work in a pottery shop. He completed his schooling. Studied graphic designing by himself. He used to do some work depending on it.

It was in this situation that Munavar participated in the television reality show Lock Up Season. Munawar, who has a great sense of humor by nature, became the winner of the show. It is noteworthy that actress Kangana Ranaut chose him as the winner. After that Munawar Farooqui continued to do stand up comedy shows. He was arrested last year for allegedly insulting Hindu gods and Union Home Minister Amit Shah at an event.

Since then, he has been out on bail and has been doing regular stand-up comedy shows. Whenever Munawar Farooqui performs, Hindu organizations and BJP continue to oppose him.

Hyderabad event and arrest of Raja Singh: It was in this context that Farooqui recently announced that he would hold a show in Hyderabad at Bhagyanagar. BJP MLA Raja Singh from Goshamahal constituency of Telangana state objected to it. “If Munavar Farooqui comes to Telangana, we will teach him a lesson,” he had threatened. However, the Munavar program went smoothly. In it, he allegedly insulted Hindu gods.

Following this, Raja Singh released a video criticizing Munawar and the Messenger of Islam. This led to protests across Hyderabad. It is noteworthy that Munawar Faruqi was arrested after this.