Opposition accused Zelensky of violating nine articles of the constitution 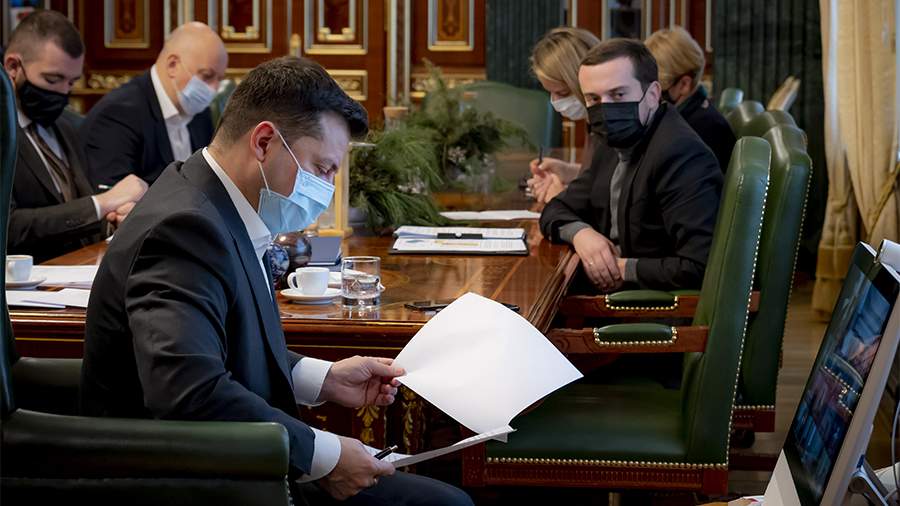 President of Ukraine Volodymyr Zelenskyy violated nine articles of the country’s constitution by signing a decree on the introduction of sanctions by the National Security and Defense Council (NSDC) against the TV channels First Independent and UkrLive. This was announced on Wednesday, December 29, by the deputy of the Ukrainian parliament from the party “Opposition Platform – For Life” (OPLZ) Yuriy Zagorodny, in a statement published on the website of the political force.

According to the politician, the decree of the Ukrainian leader once again confirmed the lawlessness in Ukraine. As the deputy wrote, the meeting of the NSDC on December 27, which the Ukrainian leader referred to, was not marked on the website of the Soviets as having taken place.

“Yesterday, when I read the decree of the President of Ukraine and the addendum to it, I opened the constitution and immediately counted the violation of nine articles,” he added.

We are talking about articles concerning the violation of freedom of speech and the prohibition of censorship. In addition, Zelensky’s decree deprives journalists of the right to work, thus violating another article of the constitution. Also, the Ukrainian leader in the oath guaranteed freedom of speech, in the end he broke his own oaths, Zagorodny continued.

“Violation of Article 107, which defines the powers of the NSDC and where there is no such function that the NSDC replaces the court sessions,” the deputy added.

He noted that the authorities, headed by the President of Ukraine, are doing lawlessness and have lost their mind.

The NSDC’s decision also affected the Novosti media holding, Taras Kozak, a deputy of the Verkhovna Rada from the OPSO. The sanctions include blocking assets, restricting trading operations, preventing the withdrawal of capital from the country, revoking licenses, banning participation in privatization, banning the use of radio frequencies in Ukraine and banning the provision of telecommunications services.

Since February 3, the TV channels “112 Ukraine”, NewsOne and ZIK have stopped broadcasting. On the same day, the Ministry of Culture of Ukraine sent a request to the administration of the YouTube video hosting service with the decision of the National Security and Defense Council of Ukraine to block Ukrainian TV channels. The ministry is seeking to block the accounts of these TV channels on YouTube.

On February 6, Ukrainian nationalists held rallies near the buildings of the Nash and Inter TV channels. They demanded to close these TV channels following the 112, NewsOne and ZIK channels.