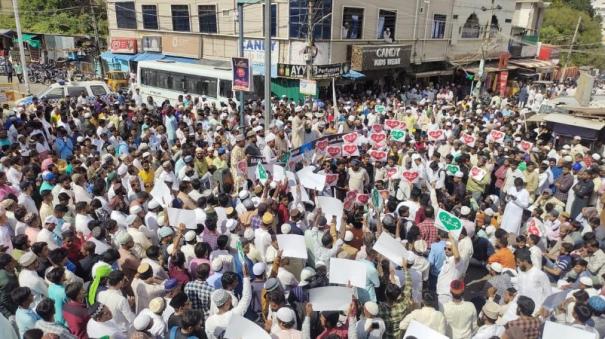 Nupur Sharma’s remarks were condemned by many Muslim countries in India. Information was spread through social media in the Gulf countries that Indian products should be rejected.

In protest against the comments made by Nupur Sharma and Naveen Jindal, Muslims staged a protest after prayers at the Juma Mosque in Delhi yesterday. Similarly, Muslims protested in mosques in Saharanpur, Uttar Pradesh, after prayers yesterday.