No Result
View All Result
Latest News
7 crore followers on Twitter: Prime Minister Modi’s record 29/07/2021
Russian tennis player Khachanov reached the semifinals of the Tokyo Olympics 29/07/2021
Anchor Anasuya: I Am Not Perfect But Original: Anasuya Hot Comment ‌ Shocking Reactions 29/07/2021
“You have to take camel drivers” … a German official was expelled from the Olympics after a racist comment against an Algerian and an Eritrean 29/07/2021
Venu giving re-entry .. with that star hero on the silver screen again with the movie .. 29/07/2021
Next
Prev
Home India 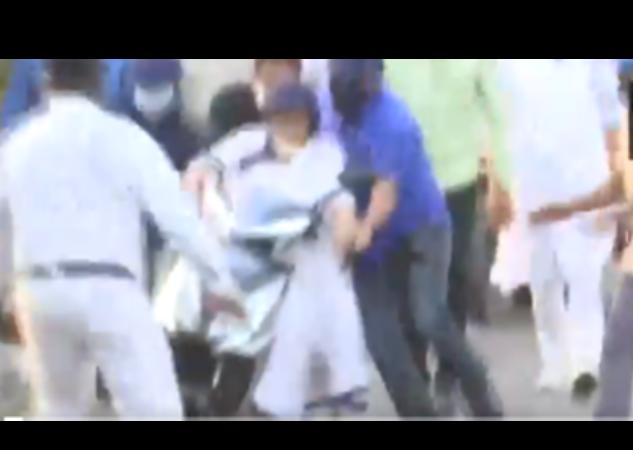 Kolkata today condemned the hike in petrol and diesel prices Mamta Banerjee Went on electric scooter. At that time, the scooter could not be driven and collapsed and the accompanying security officers carried it.

In this context, Kolkata condemned the increase in petrol, diesel and cooking gas prices Mamta Banerjee The Trinamool Congress led the protest.

Then Mamta Banerjee Unable to drive the scooter, he fell down. Then his security guards ran and stopped him. He was then escorted by officers to prevent the scooter from falling down.

#WATCH | West Bengal CM Mamata Banerjee nearly falls while driving an electric scooter in Howrah, as a mark of protest against fuel price hike. She quickly regained her balance with support and continued to drive.

She is traveling to Kalighat from State Secretariat in Nabanna pic.twitter.com/CnAsQYNhTP

Then Mamta Banerjee Spoken by:

The central government is selling off the country’s major government agencies. They are selling BSNL. Selling coal mines. Coal India is also being privatized.

Next Galaxy foldable device will get S-Pen support

Egypt overtakes Australia and collides with Brazil in the quarter-finals

Miss Universe 2021: Janick Maceta wore a jacket designed by a child with autism

Kejriwal’s old bet in Goa, will win elections with the help of free electricity!

Passengers booked on Air India Express are not fully refunded; The protest is heavy