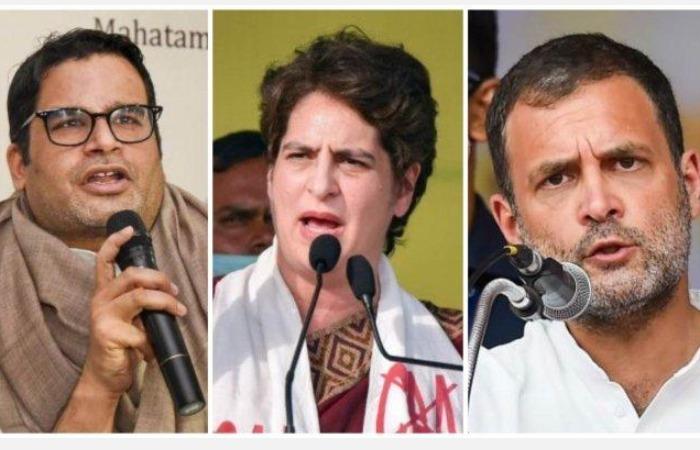 Trinamool in an attempt to build a team against the BJP rather than the Congress party Congress Do this while landing Prasanth Kishore Is said to be advancing. This is said to be the beginning of the conflict between the Congress and Prashant Kishore.

Uttar Pradesh will go to the polls in 2022. For this Congress Priyanka Gandhi has been touring and working for the last two years in an effort to strengthen the party. At this point Congress Some within the party said that the inclusion of Prashant Kishore in the party would be beneficial.

But, Congress Many G23 senior leaders, who had written a letter to Sonia Gandhi protesting the arrival of Prashant Kishore through a wild card entry from the Opposition, did not want him to work without making any sacrifice for the party.

In this group A.K. Antony, Ambika Soni and K.C. That group, which included Venugopal, to join the party Prasanth Kishore The conditions imposed are said to be strongly opposed.

Thus Congress Kishore began to criticize the way the party functioned and did not change over time.

This comes as Priyanka Gandhi has stepped up her political activities in UP on a large scale with the Lucknow Burgeri affair. Prasanth Kishore Criticized. “It simply came to our notice then. Unfortunately, there is no quick fix to the deep-rooted problems and structural weaknesses of the old party. ”

Not only this, with the help of former Goa Chief Minister Lucinho Bellerio and Mughal Opposition Leader Mukul Sangma Congress Trinamool with MLAs cage Congress Joined the party. It was said that Prasanth Kishore had a role in this too.

In this case, it is the leadership of the United Progressive Alliance Congress Electoral strategy classifier as it is not the prerogative of the party or any one individual Prasanth Kishore Harshly criticized.

Prasanth tweeted, “Strong Opponent The idea of ​​Congress is very important for the formation. But for that alliance Congress Coalition at the helm is not the party’s prerogative. That too in 90% of elections in the last 10 years Congress In the face of failure, the leadership of the opposition must be democratically elected. “

For this Congress Many of the senior leaders have been condemned. Mallikarjuna Karge, Adi Ranjan Chaudhary and others have reacted strongly.

Senior about it Congress Leader Anand Sharma said a broad understanding and co-operation between secular, progressive and democratic political parties was needed to defeat the BJP. It will meet the expectations of the people. As a central pillar of the national joint venture for this Congress Will continue to operate.

Political critics say Prashant Kishore initially wanted to put a plan in front of Rahul Gandhi, but now wants an action plan that he does not have.