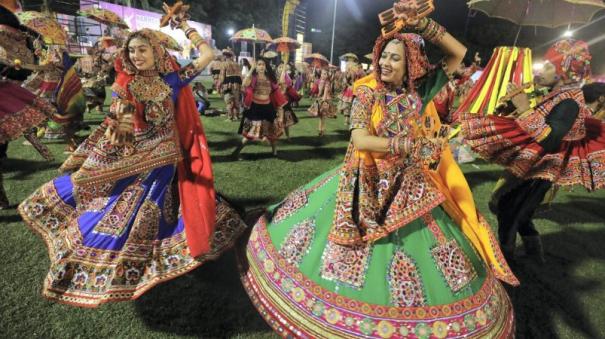 Bhopal: Right-wing leaders claim that Hindu girls are being courted by minority youths and converted during marriage. It is called ‘Love Jihad’. They also say that the celebrations of Hindu festivals become an opportunity for such incidents.

In this case, Madhya Pradesh Culture Minister Usha Thakur spoke at a consultation meeting held on the 8th last, to prevent ‘Love Jigat’, visitors should be allowed in places where the Garba dance performance is held during Navratri celebrations after checking their identity cards. “No one should be allowed without an identity card,” he said.

Madhya Pradesh Home Minister Narottam Mishra told reporters yesterday, “The Navratri festival, the festival of worshiping Durga, is the center of our faith. Peace and religious harmony should be maintained during such festivals. It has been advised to check identity cards and allow visitors during Garba dance performances.”

The Madhya Pradesh government spokesperson said, “Everyone can come to pray to God during Navratri celebrations. At such moments, unpleasant incidents should not take place. So the identity cards of the visitors will be checked,” he said.