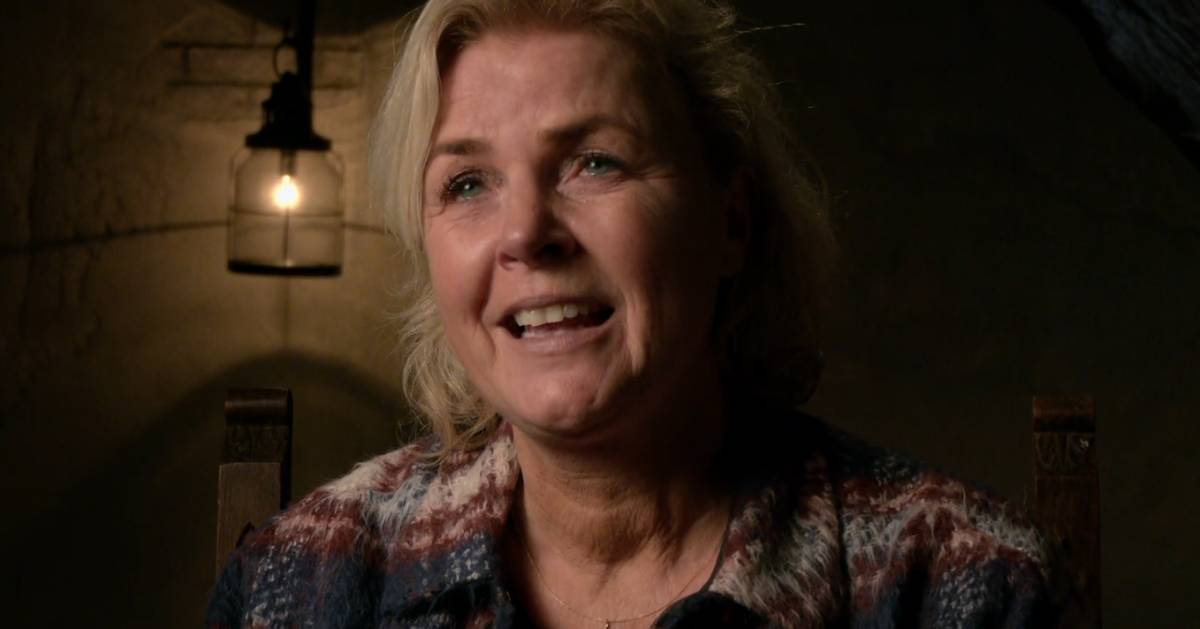 spoilers976,000 viewers watched last night as the stalwarts finally caught up with an impostor after a series of frustrating missteps in The traitors† But thanks to scheming and ‘Oscar-worthy’ acting by traitor Stefano Keizers, they still sent the honest Irene Moors home. She was in tears, the rest of the group panicked after yet another mental blow.

It’s just a game on RTL 4, some celebrities had intended. But it doesn’t feel that way anymore. “Every now and then I feel like I’m in an episode of Lunatik I’ve arrived,” said Frank Evenblij. That 90s comedy series was set in a mental institution.

“I have the feeling that if I stay here much longer, I will leave this castle schizophrenic,” he continued. ,,I am brought up from scratch all day long. One says this, fifteen minutes later someone says something completely different. I almost don’t recognize myself in how to deal with it.”

Things had to be different in the fifth episode. After faithfully voting away three times at the round table, a large part of the group was now on the trail of traitor Ortál Vriend. It had to be very crazy if the actress wanted to survive the episode. But madness was exactly what her fellow traitor Stefano Keizers deployed.

His acting was so intense that fellow traitor Jamie Westland asked if he was okay and Ortál nominated him for an Oscar. With his hands desperately in his hair and the eyes of a madman, Stefano tried to distract the group.

Faithful Sylvia Geersen was just a pawn to him. He promised to eat her make-up if Irene Moors wouldn’t be a traitor. In fact, she was the leader of the impostors, the model was sure. Irene may be Stefano’s childhood idol, but he also got his teeth into the former Telekids-face.

At the round table, where the participants vote someone out every week, suddenly almost no one was talking about Ortál. Of course, as a traitor, she also voted for Irene. Just like fellow traitor Jamie, who had forged a close bond of trust with Moors that morning. Six of the thirteen votes went to Irene, it was over.

A wave of disbelief swept through the room. Frank Evenblij threw open the door in frustration and strode outside. “This is going in the wrong direction,” he said. “The traitors are taking over. Tonight it really got to be too much for me. Because there are so many things going on that you sometimes don’t know what’s straight and what’s crooked.”

What Stefano does is next level

Death or the gladiolus

Irene Moors walked over with her suitcase. “The traitors’ plan just worked,” she said. ,,We were all on a traitor and somewhere that switched to me. It was death or gladiolus, it is death.”

Thinking about the group, she got angry. “I’m going to miss them. And that’s because… I need to recover. You’re going to love them. And I didn’t think so. I thought: I’m not going to get carried away. But sure enough, it gets to you.”

The traitors, meanwhile, had a laugh as they prepared for the next murder. Ortál was especially grateful for Stefano’s help. ,,I also act around here,” she said. ,,But what Stefano does is next level†

Watch the exit of Irene Moors:

The Traitors: What’s Up?

In The traitors Eighteen Dutch celebrities compete for a treasure of silver, which can be earned by completing assignments. Three of the famous Dutch are traitors, who want to keep the loot for themselves. The rest of the group, the faithful, must try to unmask the traitors.

The status of the group is now as follows: