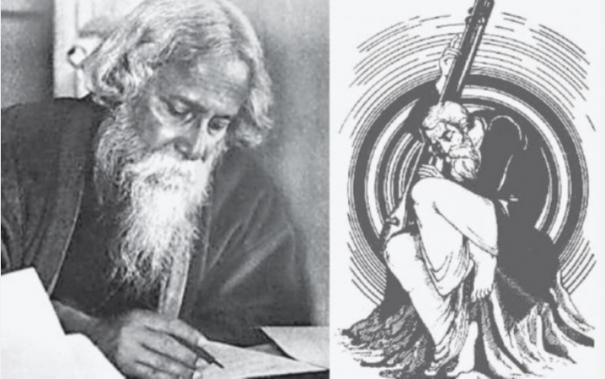 Tirupati: It has been 104 years since our National Anthem was composed by Rabindranath Tagore, translated into English as ‘Morning Song of India’ in Madanapally, Andhra Pradesh and sung by him.

Our National Anthem was composed in Bengali by Rabindranath Tagore who is popularly hailed as ‘Viswa Kavi’. This song was adopted as our National Anthem by the Government of India on 24.1.50 as it exemplifies the culture and pride of our country. After that it was officially announced on 26.1.1950.

Interesting incidents have happened in the background of this. Madanapally, Chittoor District, Andhra State is a cold region. In this place, Dr. Annie Besant Ammaiyar passed B.D. in 1915. He founded and ran the college. At that time in 1919, the Indian freedom struggle was going on vigorously. Annibesant Ammaiyar invited Rabindranath Tagore, who had come to Bengaluru at this time, to come to her B.D. college as well. Accepting this Rabindranath Tagore from 25.2.1919 to 2.3.1919 P.T. He stayed in college.

Then, on 28.2.1919, he translated the song ‘Jana Kana Mana’ which he had written in Bengali into English under the title ‘The Morning Song of India’. Annie Besant showed this to the mother. Ammaiyar was very happy saying that it was very good and explained the national unity.

Later that day, James, who was the principal of the college, sang a Bengali song called ‘Jana Kana Mana’. H. Cousins ​​was also very appreciative. Later, James H., who worked as a music teacher in the same college. Cousins’ wife Margaret Cousins ​​laid the foundation for it. After that the students of this college sang this song for the first time. Rabindra Nath Tagore also participated in this and sang this song as a patriotic song.

After that this song was recognized as our national anthem in 1950. But from 1919 till today, Madanapalli B.D. It is noteworthy that school and college students and teachers are singing this song daily in the college.

On the occasion of the 104th anniversary of this song, they celebrated it from 24th to 28th February. The room where Rabindra Nath Tagore lived has been renovated. Also a 90 kg marble statue of Tagore was installed at the site where he translated the National Anthem into English.