“Our team kept crying. Because…” – Wasim Akram recalling the 1986 IND vs PAK match 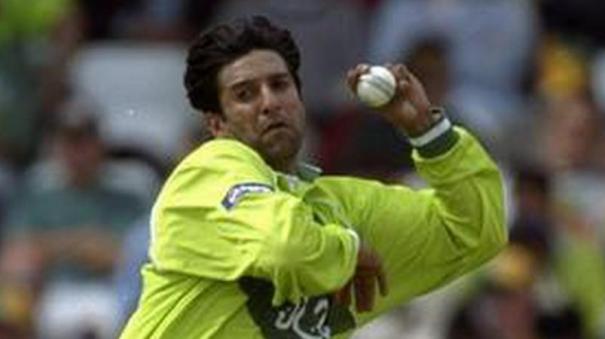 Dubai: Former Pakistan cricket captain Wasim Akram shares his memories of the 1986 Asia Cup final. He also said that his teammates were crying non-stop in that match. He also shared the reason for that.

The ‘Asia Cup – 2022’ series is set to begin tomorrow. India and Pakistan are in the same group in this series. Both the teams are going to play a multi-test at the Dubai Stadium on the 28th. In this context, Wasim Akram recalled the memories of the 1986 Asia Cup final between the two teams. This has increased the expectations of the India-Pakistan match among the fans.

“I got run out in that match. Ahmed played smart and scored a run. With that, Javid Miandat came on strike. I was back at the pavilion. I was one of the younger players in the team. Young players like Zakir Khan and Moshin Kamal were also in the team. But they did not play in that match.

Only the last few overs were left to finish the game. The runs required for victory are also less. Then Jagir and Moshin were crying non-stop in the final overs of that game. I asked why are you crying. They replied that we should win. I asked if we will win if we cry. I also said that I will cry with you. Have faith. “I told them that brother Javid will win,” said Akram. Pakistan team has won as he said.

Former captain of the Indian team Kapil Dev had said that even if he remembers the defeat in that match, he loses sleep. This conversation took place between Kapildev and Wasim Akram.