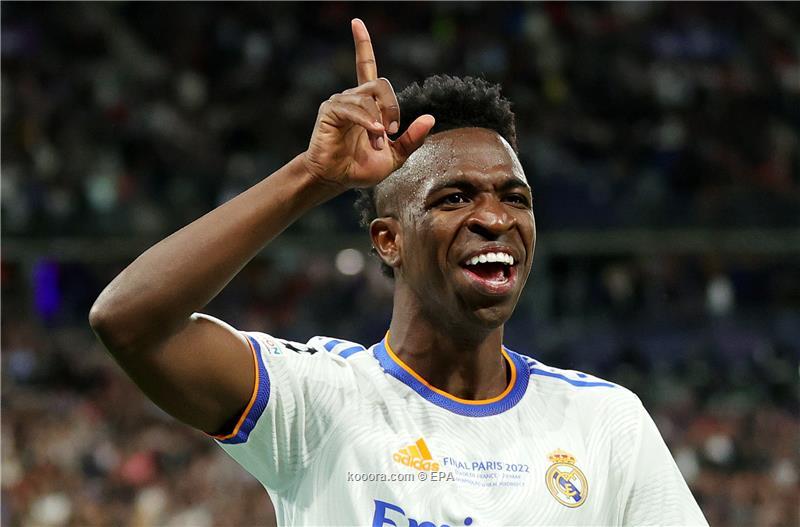 Big names in Brazilian football, such as Pele and Neymar, expressed their indignation at the racist statements of a Spanish players’ agent against the star striker of the Brazilian national team and Real Madrid, Vinicius Junior, in which he demanded that he stop “behaving like monkeys”.
Pedro Bravo, president of Spain’s Football Agents Association, made his comment Thursday during “Chirengeto Show”, one of Spain’s most prominent sports television programmes, saying that the 22-year-old should stop playing the role of a monkey after scoring goals with his usual dance moves.
The comments sparked angry reactions in Brazil, where black players were subjected to racist harassment by fans who imitate monkey sounds.
“Football is fun. It’s a dance,” said the country’s soccer legend and three-time world champion Pele.
“Although racism exists, unfortunately, we will not allow it to stop us from continuing to smile. We will continue to fight racism every day in this way: fight for our right to be happy and respected.”
In turn, the Brazilian top scorer for Paris Saint-Germain, Neymar, tweeted “Bella Vini Junior” (dance in Portuguese).
After an outpouring of support from fans and his teammates, Vinicius Jr. posted a statement in his own way, “I fell victim to xenophobia and racism in one statement. These are dances to celebrate the cultural diversity of the world. Whether you accept it, respect it or lose your mind about it, I will not stop.”
The Brazilian Football Confederation expressed its solidarity with the player in a statement, condemning the “racist statements”.
Real Madrid, the Spanish champion, said it rejected “all forms of racism and xenophobia” and “will take legal measures”.
Bravo apologized on Twitter, saying he used the expression “badly… in a metaphorical way to mean ‘absurd’.”
Vinicius, 22, joined Real Madrid in 2018 from Flamengo and became a key player in their ranks. He scored the only winning goal against Liverpool in the Champions League final last May.