Over 120 citizens evacuated from dangerous flood zones in Crimea 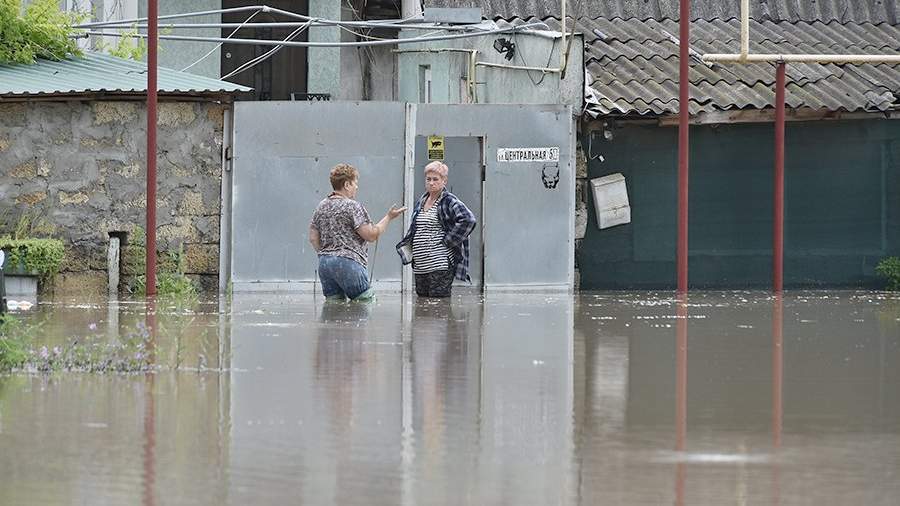 During the day from June 25 to June 26, rescuers of the Ministry of Emergency Situations evacuated more than 120 people from dangerous flooding zones in the Republic of Crimea. This was announced by the head of the Crisis Management Center of the Main Directorate of the Ministry of Emergency Situations of Russia for the region Andrey Pavlyuchenko.

“More than 120 people were evacuated from dangerous flood zones, including more than 40 children. Also, work continues on pumping water using mechanized motor pumps. In the Simferopol region, work continues to strengthen the dam, damaged as a result of rainwater runoff,” the head of the department said. He was quoted by the Kryminform news agency.

According to the Ministry of Emergency Situations, as of 18:00, two apartment buildings and 20 private houses were flooded. In addition, 32 adjacent territories were affected, in which 441 people live, of which 114 are children.

At the moment, more than 300 rescuers and 80 pieces of equipment continue to operate at the liquidation site.

Earlier on the same day, the head of the republic, Sergei Aksyonov, wrote in his Telegram channel about the destruction of two bridges as a result of heavy rains and subsequent flooding. The incidents occurred in the Simferopol region of the peninsula.

At each flooded apartment building and on each street of the private residential sector, according to Aksyonov, the duty of the Ministry of Emergency Situations vehicles will be organized. Rescuers will accept applications from citizens for the purchase and delivery of water and medicines, as well as food.

Sergey Aksenov shortly before this spoke about the mudflow on the territory of the Ayu-Dag sanatorium in the city of Alushta. The reason was also heavy rains.

According to the politician, there are no victims and victims of the disaster. At the same time, all operational services have been operating in operational mode since 6:00 am this Sunday. More than 200 people, about 60 pieces of equipment and three operational groups were involved.

At the same time, the press service of the Ministry of Emergency Situations of Russia warned of the risk of rising water in regional rivers, as well as the threat of mudflows. The department noted that heavy rainfall in recent days has already led to flooding in the capital of the republic and the Simferopol region. Operational services are working on the ground, 200 people and 60 pieces of equipment are involved in the aftermath.