Over 21,000 people evacuated from Donbass and Ukraine in a day 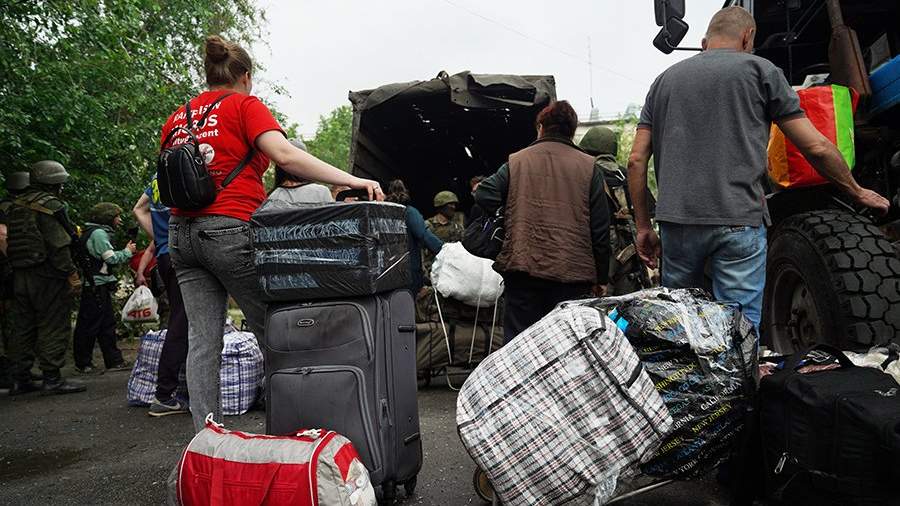 Over the past 24 hours, more than 21,000 people have been evacuated to the Russian Federation from the territories of Ukraine, as well as the Donetsk and Lugansk People’s Republics (DPR and LPR). This was announced on Monday, June 20, by the head of the National Defense Control Center of the Russian Federation, Colonel-General Mikhail Mizintsev.

“Over the past 24 hours, without the participation of the Ukrainian side, 21,662 people, including 3,312 children, have been evacuated from dangerous regions of Ukraine and the republics of Donbass to the territory of the Russian Federation, and a total of 1,980,826 people since the beginning of the special military operation, of which 314,318 are children “, he said.

The Ministry of Defense also noted that since March, Russian military personnel have delivered more than 34,000 tons of humanitarian cargo to Ukraine. In turn, sappers of the RF Armed Forces carried out an engineering check and demining of 3,450 hectares of land on the territory of the LPR and DPR.

A special operation of the Russian Federation to protect civilians is underway in the Donbass, the beginning of which Russian President Vladimir Putin announced on February 24. The Kremlin explained that its tasks include the demilitarization and denazification of Ukraine.