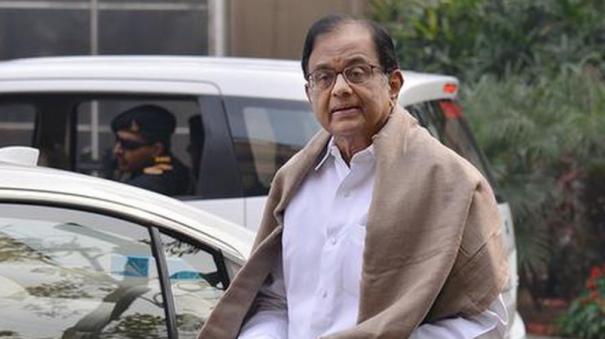 Delhi: Former minister P. Chidambaram suffered a fractured rib in a police raid during a protest in Delhi yesterday.

The Congress has criticized the Modi government for evading the Central Intelligence Agency in retaliation and in an attempt to stifle the voice of the opposition, saying it was a cowardly act. Earlier, the Congress party had claimed that former minister P Chidambaram had broken his ribs when he was attacked by Delhi police while blocking a sit-in protest.

Senior Congress leader Randeep Surjewala said Chidambaram had suffered a fracture in his left rib. He said Chidambaram’s glasses were also thrown to the ground. Speaking on the occasion, he said, “The Modi government has transgressed all bounds of barbarism.

P. Chidambaram has been attacked by the police. His glasses were thrown to the ground. Chidambaram suffered a fractured left rib when he was attacked by police. MP Pramod Tiwari was thrown on the road. Is this democracy? “