‘P.M. Prime Minister Narendra Modi praised the people of the country for contributing to the CARES fund 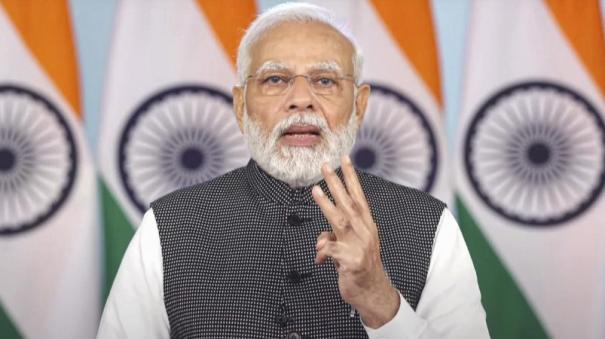 New Delhi: Prime Minister Narendra Modi has appreciated the people of the country who have contributed to PM Cares fund.

In the beginning of 2020, the corona virus spread in India. This has caused a lot of damage. Subsequently, the Prime Minister’s Citizen Assistance and Emergency Relief Fund (PM CARES Fund) was created on March 27, 2020.

It was announced that this fund will be used to control Corona and similar Pandemics and provide relief to the victims. After that, many people like businessmen and public sent financial support to PM Cares fund.

A statement released by the Prime Minister’s Office said:

Prime Minister Narendra Modi appreciated the people of the country who contributed to the PM CARES fund. Prime Minister Modi welcomed the newly appointed Board of Trustees of the fund. The Trustees expressed their appreciation for the important role played by the fund when the country was going through difficult times.

In this meeting, a report was presented on the various activities undertaken with the help of this fund, including the scheme to help 4,345 children who have lost their parents due to corona virus.

The meeting discussed in detail not only relief to the victims during emergencies and calamities but also taking necessary measures to bring the situation under control.

It has been decided to appoint former Auditor General of India (CAG) Rajiv Megarishi, former Infosys Chairman Sudha Murthy and Teach Bar India co-founder Anand Shah as members of the Advisory Board of PM Cares Fund.

Prime Minister Modi said that due to the long experience and contribution of the newly appointed trustees and Aloo Sagar, the functioning of the fund will be enhanced. It says so.