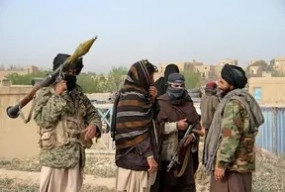 Digital Desk, Islamabad. The Pakistan government is preparing a contingency plan to deal with a possible resurgence of the Tehreek-e-Taliban Pakistan (TTP) terror group, as reports suggest the banned outfit was trying to make a comeback. Sources have given this information.

Sources told The Express Tribune that though the government has been in talks with the TTP for months to come up with some sort of deal, the prospects of such a deal are dire.

On Wednesday, Defense Minister Khawaja Asif expressed his apprehension about the success of the talks, while Pakistan’s special envoy on Afghanistan Muhammad Sadiq acknowledged that the peace process is at an early stage. With reports of sightings of some Taliban fighters in the Swat Valley, the authorities concerned are preparing a contingency plan to deal with the terrorist threat in case talks with the TTP fail.

As The Express Tribune reports, the authorities have not closed the door for talks with the TTP, they are ready to deal with any eventuality. Sources said the primary reason Pakistan held talks with the TTP was that the Afghan Taliban are reluctant to take any military action against the outfit.

Instead, the interim Afghan Taliban government is keen to see Pakistan and the TTP settle their differences through dialogue. According to sources, Pakistan did not start talks with TTP out of its own will, but out of compulsion.

During an in-camera briefing to lawmakers, the military leadership said talks are at an early stage and any agreement with the TTP will be in accordance with the Constitution and the law. It is believed that Pakistan is trying to exhaust all available options before taking any other steps to deal with the TTP threat.

According to the Express Tribune report, the Afghan Taliban government is in trouble, as it is reluctant to take any action against the TTP, but at the same time understands the importance of Pakistan. With the recent killing of al Qaeda chief Ayman al-Zawahiri in Kabul, the Taliban government in Afghanistan is now under increased pressure to cut ties with terrorist groups.

Zawahiri’s killing has made the Taliban less likely to be recognized in the near future. The Express Tribune said that if the TTP issue is not resolved, the Taliban may oppose Pakistan, which has been their main advocate seeking legitimacy for the current government in Kabul.