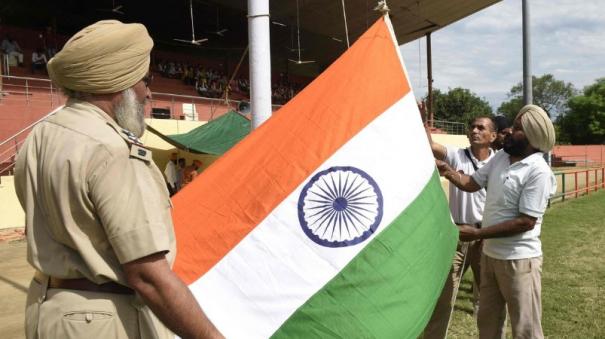 Chandigarh: Punjab and Delhi police have foiled a terrorist plot with the support of Pakistan’s ISI.

In this regard, Punjab DGP Gaurav Yadav said: Intensive surveillance work is being carried out in the districts bordering Pakistan on the occasion of Independence Day. In this case, with the help of Delhi Police, 4 people belonging to Arsh Dalla Organization from Canada and Gurjant Singh from Australia have been arrested.

With the support of Pakistan’s intelligence agency ISI, they planned to carry out terrorist activities. From them three P-86 type grenades, one high explosive, two 9 mm. 40 canisters containing pistols and bullets were seized. He said that a large-scale terrorist attack has been thwarted by this.