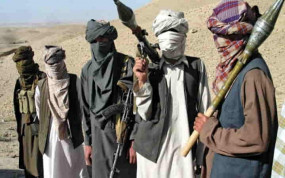 Digital Desk, Islamabad. The Pakistan Army and Tehreek-e Taliban Pakistan (TTP) are now eyeing each other, with the country’s military now planning a massive counter-offensive against the TTP.

A report in the South China Morning Post suggests that Pakistan is likely to launch a major ground as well as air offensive to target positions of Pakistani Taliban militants in Afghanistan, which could lead to a rift in relations with the neighboring country .

On Monday, Pakistan’s civilian and military leadership issued a stern warning that the full force of the state would act against all and any institution resorting to violence. This comes against the backdrop of increasing attacks by the TTP in Pakistan and then taking refuge in its friendly ally, the Afghan Taliban.

Pakistan’s fragile economy is already on its knees awaiting an IMF bailout. Despite this, the civil-military leadership is planning this counter-offensive, in order to drain the swamp. There are clear indications that the US is backing the plan. The neon signs of this new war on terror came last week, when the Pakistani civil-military leadership, under the auspices of the National Security Committee (NSC), called for zero tolerance for terrorism in the country. Took the resolution of

Prime Minister Shahbaz Sharif chaired the meeting of the NSC, which was also attended by Bilawal Bhutto, who advocated a new policy against the rebels. The Sharif government said that Pakistan reserves all rights to protect its people, indicating a strong response to TTP-backed terrorist activities. According to the SCMP, the statement by Pakistan’s leadership is a clear indication that it is committed to Afghanistan. Inside TTP is planning a major offensive backed by an air campaign against the camps.

S in Singapore. There will definitely be a big grassroots campaign, Abdul Basit, a research fellow at the Rajaratnam School of International Studies, told SCMP. Intelligence-led strikes will be employed to drain the swamp. He told This Week in Asia that there is great potential for the use of drones in airstrikes and cross-border operations. Some flights are equally expected to take place inside the Afghanistan border area.

According to the Government of Pakistan, approximately 7,000 to 10,000 TTP terrorists—along with 25,000 of their family members—are based in Afghanistan. The US position in this new plot was confirmed when Bhutto confirmed that the US was willing to provide funds to Islamabad to help it increase its border security to prevent cross-border attacks from Afghanistan.

Congress has approved hundreds of millions of dollars in funding to help Pakistan with border security as part of the 2023 US budget, Dawn was quoted as saying. Bhutto’s response to Dawn made it clear that while the US would While the South Asian neighbors want good relations, it appears keen to cooperate with Islamabad in countering terrorist attacks from Afghanistan.