Pakistan, Sri Lanka-like situation on the verge of poverty, there is a ruckus due to inflation 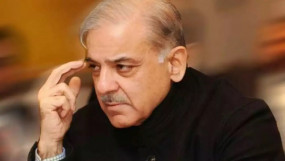 Digital Desk, Islamabad. Pakistan was known all over the world for the factory of terrorism that suddenly a situation like Sri Lanka has started building up. According to reports, Pakistan is going through the worst economic crisis these days and people believe that just a few days later, the same can be seen in Pakistan, which was seen in Sri Lanka in recent times. People also say that the people of Pakistan are longing for essential items like severe inflation and food and drink. Due to the uncontrollable inflation, everything is getting away from the common people.

Pakistan, which has come to the brink of poverty, is begging from countries all over the world. Pakistan’s economy has completely collapsed. Significantly, Pakistan’s foreign exchange reserves have gone through its worst phase and have gone below $ 8 billion. Significantly, this is the lowest level of Pakistani foreign exchange reserves since October 11, 2019.

If experts are to be believed, then if Pakistan is not helped by the IMF, then no one can stop the situation like Sri Lanka. On August 5, the State Bank of Pakistan released the data, in this data Pakistan’s foreign exchange reserves have been recorded at $ 7830 million. This is said to be the worst level in Pakistan in the last three years.

Pakistan is heavily indebted to China

According to the people who have knowledge in international affairs, the reason for the poor condition of Pakistan is corruption on one side and political instability on the other side. Even if a government comes to power, it cannot complete five years. The country is continuously getting buried under the economic debt. To overcome this, the Pakistan government has also taken a huge loan of $ 2.3 billion from China. However, the government did not disclose how high interest rates the government has taken loans. But it is so clear that as soon as the government’s treasury is getting empty, soon there may be an economic crisis in the country.