Pakistani minister makes a fuss: Reduce tea consumption to save the economy 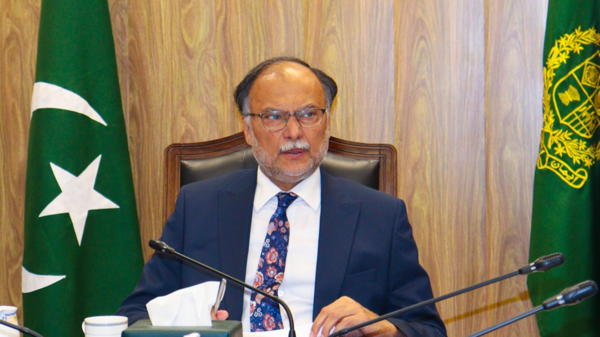 A Pakistani minister has been mocked for calling on his countrymen to reduce tea consumption in order to reduce imports and provide the country with much-needed foreign currency.

Pakistan is the world’s largest importer of tea, with annual purchases exceeding $600 million.

While the country is going through a serious economic crisis, one of its most prominent features is the decline in its foreign exchange reserves used to pay off its imports and its very high debts, and it is also facing rapid inflation and a continuous deterioration in the value of its rupee currency.

“I am asking the nation to reduce its consumption of tea by a cup or two, because the tea we import (we pay for it) with debt,” Planning and Development Minister Ahsan Iqbal said on Tuesday.

We pay for it from our pockets.

On the other hand, his statement sparked condemnation on social media and tea kiosks on Wednesday.

“Why should we reduce our consumption of tea? We pay for it from our pockets and not from government money,” Jan Mohamed, a truck driver, told AFP.

The baker, Muhammad Ibrahim, while sipping tea in the Apara market in the capital, Islamabad, admitted drinking more than ten cups a day, and joked, “It’s my addiction.”

“We do not oppose the advice, but how?”

Not far from him, university professor Tanweer Iqbal said while sipping tea with his four children that he was not against taking the minister’s advice, but he wondered, “How will we reduce the consumption of tea when it is the main drink served in all official meetings?”

It is noteworthy that Pakistanis drink tea in different forms (black, green, hot, cold, plain or spiced) but the most popular is sweet tea boiled with milk and spices.

“The government has increased its spending. They drive big cars while we are just enjoying tea. It is not right for them to deprive us of it, they should not do that,” Mohammed noted.