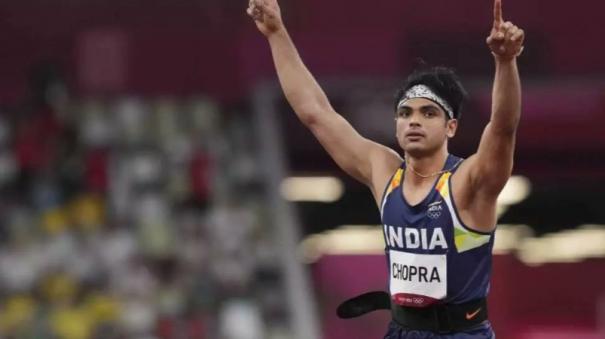 Neeraj Chopra set a new national record by throwing a distance of 89.30 meters in the competition held in the old city of Turku, Finland. Earlier, Neeraj had set a record of 87.58 meters at the Tokyo Olympics. He has now broken this record.

Neeraj, who is actively preparing for the World Championships, has proved his mettle by using this as an opportunity. He has also started working on aiming for the 90m distance at the World Championships. Accordingly, he started the race with a distance of 86.92 meters in the first round of today’s competition and 89.30 meters in the second attempt. However, in the next three attempts Neeraj lost the chance to win the gold to overtake Hollander and won the silver medal.