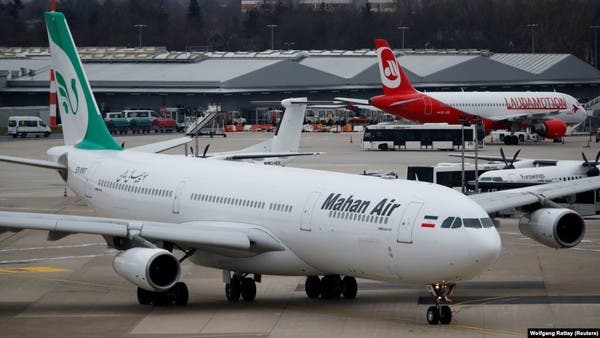 The director of Paraguay’s intelligence service announced on Friday that one of the people on board the impounded plane near Buenos Aires has a connection to the “Quds Force” of the Iranian Revolutionary Guard, contradicting the Argentine government’s account.

The director of Paraguay’s intelligence, Esteban Aquino, said in a statement to Agence France-Presse that the matter is not the similarity of names between the captain and a member of the Quds Force, who bear the name of Ghulam Reza Qasemi, but rather the same person.

The Iranian Revolutionary Guard is included in the US list of terrorist organizations.

In his statements, Aquino contradicted the account of Argentine Security Minister Anibal Fernandez, who said this week that the plane was not carrying any members of the Quds Force.

Fernandez said at a press conference on Wednesday that “nothing other than this similarity in the names has been found.”

The Venezuelan cargo plane, a Boeing 747 owned by Emtrasur, a subsidiary of Conviasa State Corporation, has been in custody since last Wednesday in Argentina after arriving from Mexico with auto parts.

Its staff has been barred from leaving the country while the judiciary is investigating their backgrounds, particularly any possible connection to the Revolutionary Guards.

The passports of the Iranian crew members were seized first, then the Venezuelans, but they were free to enter and leave their hotel near Ezeiza Airport in Buenos Aires.

On Monday, Argentina spoke of a suspected link between the trip and the Iranian Revolutionary Guards.

And on Tuesday, Paraguay announced that it had information that seven of the crew members of the plane that landed on its territory in May are members of the Quds Force.

According to Tehran, Mahan Air sold the plane to a Venezuelan company more than a year ago.

Washington accuses the Iranian company of supporting the Quds Force, an elite unit in the Revolutionary Guards charged with “foreign operations” and listed on the US blacklist of “foreign terrorist organizations.”

The plane had landed in Argentina on the sixth of June from Mexico. And when she tried, two days later, to go to Uruguay, she was not allowed to enter, so she went back to Argentina, where she was prevented from flying.

Uruguayan Interior Minister Luis Alberto Heber announced on Tuesday that his country had responded to an “official warning issued by Paraguayan intelligence.”