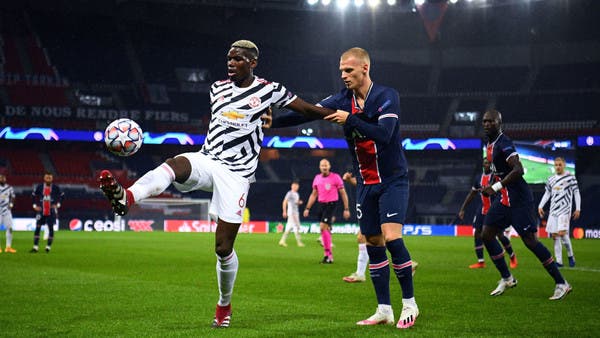 And (Sky Sports) news network reported on its official website that Pogba, who has entered the final year of his current contract with United, is now in talks between his representatives and the English club’s management to renew the contract.

The network indicated that there was no contact between Manchester United and Saint-Germain, and there was no official offer, but Pogba wants to evaluate all his options before deciding on what could be the last big contract of his football career.

Mino Raiola, Pogba’s agent, said last December that Pogba was “unhappy” inside Old Trafford and “needs a change of scenery”, and urged him to leave the club in the current summer transfer window.

For his part, Pogba, while with France at the European Nations Cup (Euro 2020) last month, said that there was no “concrete offer” from United.

The player who won the World Cup in 2018 with the French national team lived different times since joining United from Italian Juventus in 2016 in a record deal at the time.

While he has on occasions shown his huge talent, Pogba has found himself far from United’s starting line-up for the 2018-19 season, under coach Jose Mourinho, and has had a mediocre time in the past two seasons while often linked with a departure from the club.

Pogba, 28, can sign a pre-contract with another club in January if he chooses not to extend his contract with Manchester United.

Saint-Germain was busy in the current transfer period, as it signed the Italian goalkeeper, Gianluigi Donnarumma, who contributed to the coronation of the blue team in the European Nations, and also strengthened its ranks with veteran defender Sergio Ramos, former Real Madrid captain, and Moroccan Achraf Hakimi, right back. Inter, the Italian champions.

Paris lost its grip on the French League title last season, to occupy second place in the competition standings, behind Lille, who crowned the title, while bidding farewell to the Champions League from the semi-finals, losing to Manchester City.

This is the highest in the history of cricket: the most watched ICC Test Championship final

The latest Su-30SM2 fighters will enter the naval aviation

Those who are not vaccinated cannot work; Saudi with new decision

If you win and the DMK comes to power, there is nothing you can do …

Threats to Bandla Ganesh .. Pawan Kalyan fans who will be killed if they do not do so!