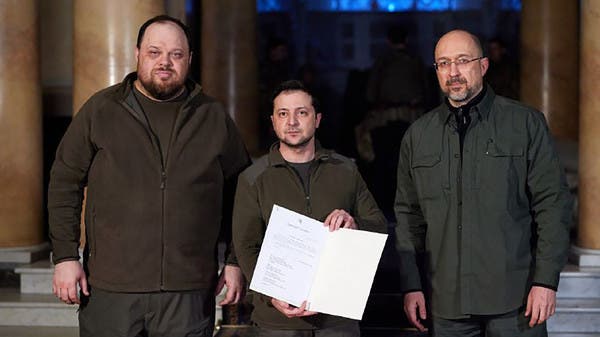 He also said that the government is currently doing a lot of work at the international level. “In particular, we are cooperating with the International Criminal Court to prove Russia’s crimes, starting with the military aggression and ending with the genocide of the Ukrainian people,” he added.

According to Stevanchuk, the Verkhovna Rada has already adopted all necessary legislative initiatives to solve this problem. He added, “Now we expect active actions by the Prosecutor of the International Criminal Court, as well as the relevant court ruling.”

He stressed that it is important to assess all the damage caused by Russia, and that some elements are already being documented.

It is noteworthy that Russia had announced last February 24 the launch of a military operation on the territory of its western neighbor, which it described at the time as a lightning strike, but the winds on the ground took place contrary to the desires of the Russian ships. It lasts months after.