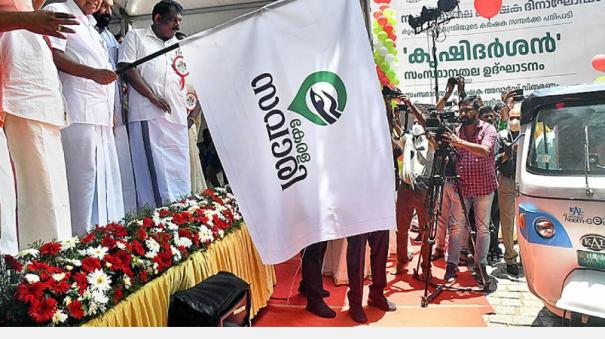 Currently, 321 autos and 228 cars have joined this project, which has been started in the capital Trivandrum alone. Moreover, there are 22 women drivers to ensure safe travel of women traveling alone. Kerala Industry Minister Sivankutty, who says that the two objectives of the scheme are low rent and safe travel, says that only drivers who have obtained a moral certificate from the police department can join the scheme.

A separate website has also been launched for the convenience of passengers registering for the Kerala ride. This app is also available on Google Play Store. As it is under Google’s quality review, this app will be available in a few days. People are eagerly waiting for this. It is administered by the Motor Workers Welfare Board, which operates under the Kerala Labor Welfare Department.

The ‘Kerala Savari’ scheme was launched after the government received many complaints that private companies started charging extra during ‘peak hours’ of school, college and office hours and charged the full amount for canceled rides.

Kerala Savari charges a uniform fare at all times irrespective of whether it is rain or night. The Kerala government has announced that the service objective will be the main one and the profit objective will be only in charging reasonable fees. While 20 to 30 per cent service tax is charged on private vehicles, only 8 per cent service tax has been fixed on Kerala Savari.

Vehicles connected to the Kerala Savari scheme will also be fitted with GPS equipment at a subsidized cost. Under this scheme, the government will provide many benefits to the vehicle owners who have connected their vehicles like fuel tariff concession, subsidy on tire price.