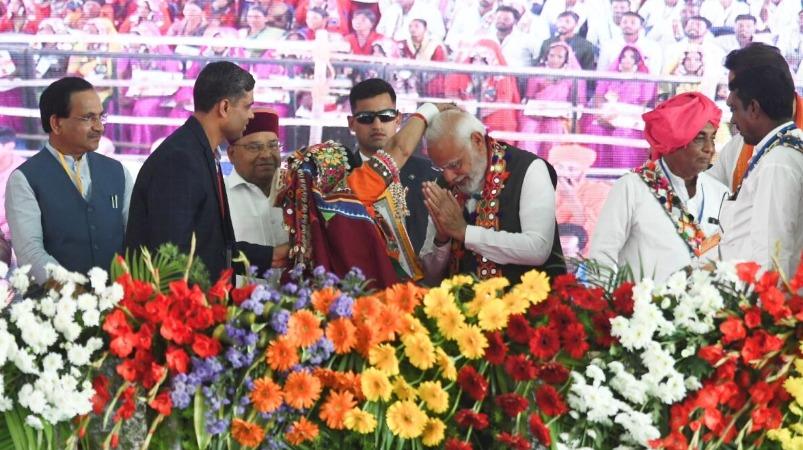 He was amused by the traditional dance of the Lambanis. Later, he initiated a scheme to provide land titles to more than 52 thousand Lambani (Banjara) families in 5 districts of North Karnataka namely Yadagiri, Kalburgi, Raichur, Bidar and Vijayapur. In this event, he gave land titles to 5 Lambani families.

Then Prime Minister Narendra Modi said: Today is the most important day in the history of Lambani (Banjara nomadic people) community. The Lambani community had to wage a long struggle for this day. As a result of that struggle, more than 52 thousand Lambani families now have their own houses. This will protect the livelihood of lakhs of people. The people of Lampani also got their basic rights in the holy month of January when the constitution was implemented and the people of the country got their basic rights.

In 1993, a recommendation was made to issue house patta to Lambanis. But those who ruled then used Lambanis as a vote bank and did not issue land titles. The area of ​​Gujarat where I was born has a large population of Banjara community. I consider myself one of them. This is what he said.

Problem due to pregnancy out of wedlock – legal officials helping the student; Arrange for adoption of the child