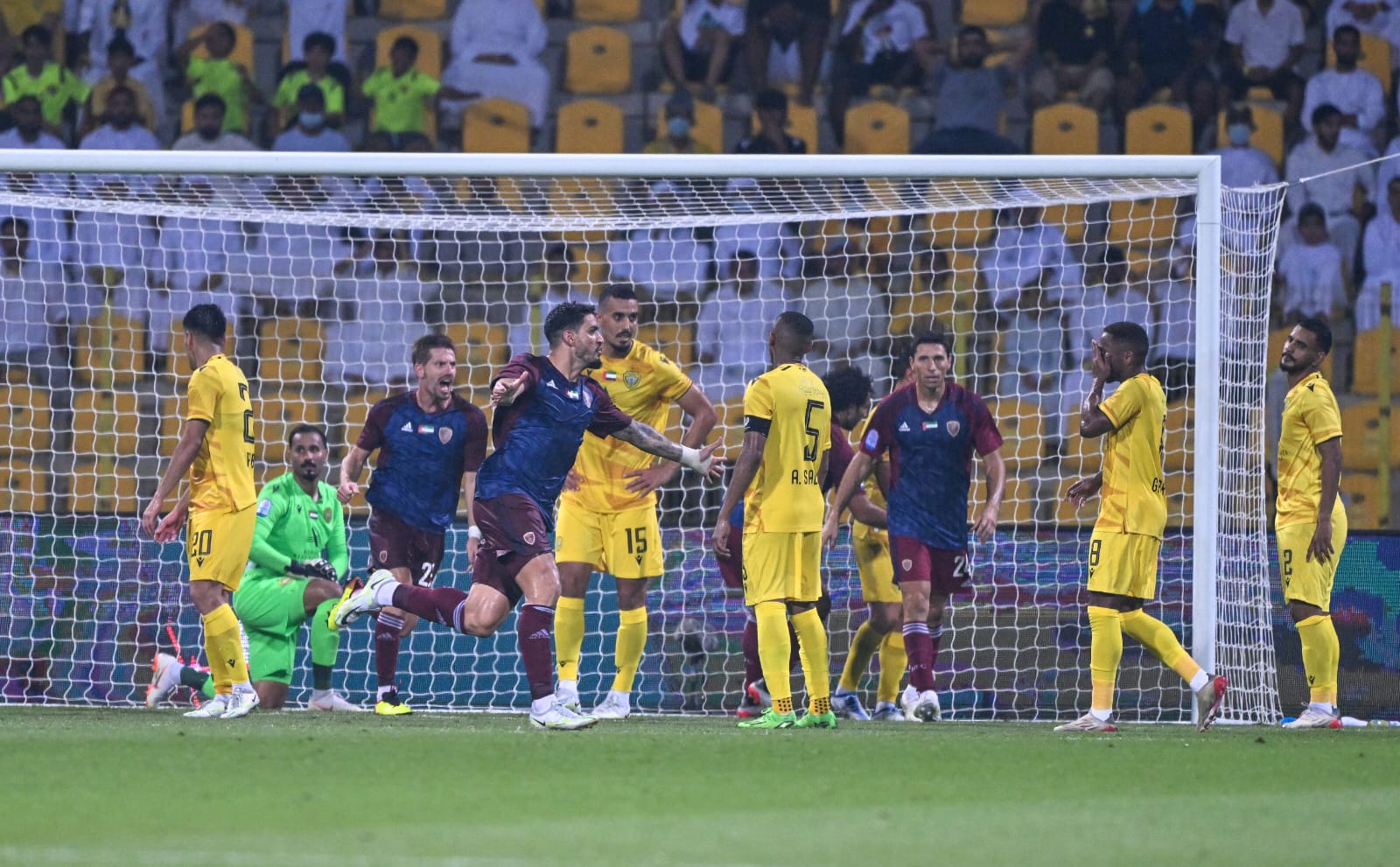 Brazilian striker Joao Pedro scored a goal in the deadly time to tie Al Wahda with Al Wasl with two goals for each team in the first round of the ADNOC Pro League, today, at Al Wasl Stadium in Zabeel, to get each team one point.

The match witnessed a wonderful audience from the fans of the two teams at Zabeel Stadium, as Al Wahda dominated the midfield in the first 15 minutes of the match thanks to the movements of Abdullah Hamad, Portuguese Pizzi, Tahnoun Al Zaabi and Ismail Matar, while Al Wasl performance witnessed confusion, which contributed to the large number of wrong passes.

Brazilian defender Marcas missed the opportunity to score the first goal for “Al Annabi” after Pizzi played a corner kick, and Marcas met it with his head, but the ball passed next to the post (12). “The Panthers” was active in the last minutes of the first half, and Amouri played a beautiful ball to Brazilian Oliveira, who hit the ball over the crossbar in the third minute of stoppage time, before Pedro scored the first goal after receiving a cross from Tahnoun Al Zaabi, and the Brazilian met it with his head in the goal. In the sixth minute of overtime.

In the second half, Oliveira scored the first goal for Al Wasl after receiving a cross from the Brazilian Gabriel de Sousa, and Oliveira met it in the goal. In the 77th minute, Ali Saleh played a cross, which Fabio Lima headed into the goal, scoring the second goal, while Pedro scored the equalizer in the killer time from a corner kick played by Matar and Pedro completed it with his head in the goal.