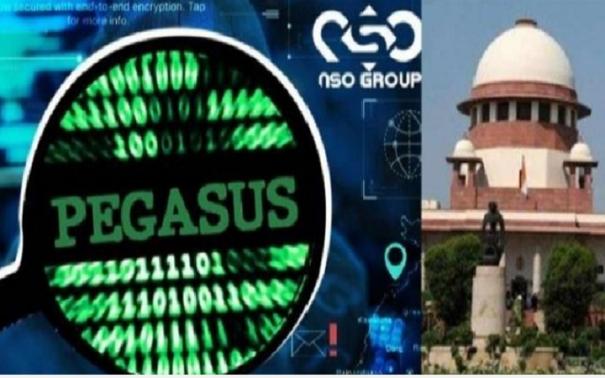 In the case of the Pegasus spy software, the Supreme Court has ordered that the commission be given until June 20 to file a report.

During today’s hearing, a panel of inquiry headed by former judge RV Raveendran has so far examined 29 mobile phones in the case. Relevant journalists were informed that investigations were being carried out by other departmental experts. However it was requested that time be allowed for filing the report with the required information.

Following this, the Supreme Court has given till June 20 to file a report to the inquiry committee.

What is the background to the controversy? The Indian Parliament was shocked to learn that journalists, judges and opposition leaders in India had their cell phones tapped by the Pegasus spying software of the Israeli NSO. It is impossible to forget meeting the maximum adjournments and amalgamations in this matter throughout a meeting.

Forbidden Stories, a French non-profit organization, and Amnesty International jointly investigated and uncovered the eavesdropping. It was reported that the cell phones of 40 journalists and several Union ministers in India were tapped through the Pegasus spy software of the Israeli NSO. Internationally, The New York Times, The Guardian and Le Monde published.

In it, a woman who lodged a sexual harassment complaint against former Congress president Rahul Gandhi, Union Minister Aswini Vaishnav, Jal Shakti Minister Prahlad Singh Patel, former Election Commissioner Ashok Lavasa, medical expert Kagandeep Kang, Hari Menon, former Chief Justice of the Supreme Court Ranjan Gokhale and his relatives are being interrogated. It has been reported that it has been included in the list. Following this, various welfare cases were reported demanding the formation of a commission of inquiry into the Pegasus espionage case.

What is the role of the inquiry committee? In this context, the Supreme Court has set up a three-member inquiry panel headed by retired Judge Raveendran to probe the Pegasus spy software allegation.

The main task of this team is to investigate whether this Pegasus spy software was used to extract data stored on the mobile phones or other technological devices of Indian citizens, to tap conversations, and to download data related to them. What steps has the federal government taken to prevent and monitor such spy attacks? Maybe the Indian government was spying on Indian citizens? The apex court issued guidelines stating under which law and under what terms such acts were carried out if such spying took place.

Accordingly, the team has so far examined 29 cell phones. The release of this inquiry report is expected to have a major impact on Indian politics.