Perez: This is not the Mbappe that we know.. He gave up his dream and succumbed to pressure 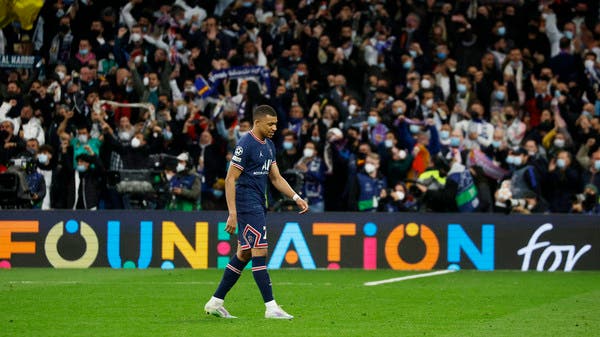 The president of the Spanish capital club said in an interview with the “El Chiringuito” program on the Spanish channel “Mega”: (Mbappe) has always considered that his dream is to play with Real Madrid, and about 15 days ago (from his villages), the situation completely reversed due to political pressures. and economic.

And Perez, who did not speak publicly about the aborted transfer of Mbappe to Real Madrid on May 22, added: This matter, in addition to the financial factor and the sporting leadership, has changed his opinion. When we find ourselves in a similar perplexing situation, we try all means to get out of it. I understand him because it is not easy to receive a call from the President of the Republic (Emmanuel Macron).

Macron had personally contacted Mbappe before the latter made his decision, and the latter admitted that he appreciated the “good advice” of the French president.

He revealed: Since I was in my position, no president of the republic has contacted one of the players and announced this to the public opinion. I don’t think that was a good sign for the other clubs in France.

But Perez did not completely close the door to the possibility of Mbappe joining Real Madrid in the future, saying: Not now, because the Mbappe I know is not the current Mbappe. But if things change, everything is possible in the future.

Real Madrid had made a fictional offer to include Mbappe last summer, but the French capital’s team refused to give it up.

Peres touched on the European Super League, which he tried to launch with 11 other elite European clubs, before he met strong opposition from the federations of these countries and their supporters, and of course the Continental Federation of the game (UEFA).

Perez said: The European League is still alive, awaiting a decision by the European Court of Justice, which will hear the case between the European Union and the promoters of this tournament on July 11 and 12.

And the European Union’s president, Aleksander Ceferin, announced last May that the Super League competition was over for at least the next twenty years.

Nine clubs announced their abandonment of the Super League project, with the exception of Real Madrid, Barcelona and Juventus.

At the time, the president of the Confederation did not want to delve into the disciplinary measures of UEFA against the three clubs, which were suspended last year due to a decision of a Spanish court that considered these measures invalid before the Spanish judiciary lifted last month the ban on its prosecution, while the procedures are still in force before the European Court of Justice.

“We have to respect the courts and wait for the final result,” Ceferin said, adding: “They (the three clubs) have the right to enter their own competition, but of course, according to our laws, if you play another competition you cannot participate in our competition.”