Perez warns the European Union .. and reminds him of Real Madrid 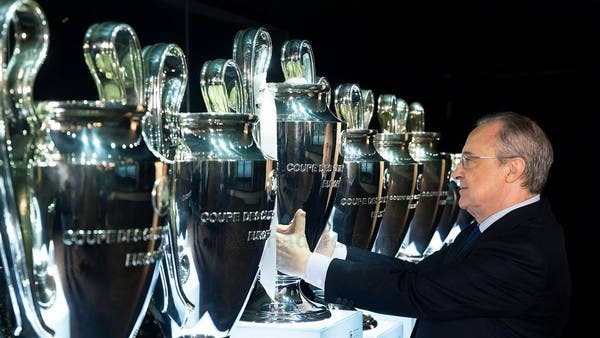 Real Madrid president Florentino Perez has warned the European Football Association (UEFA) to find out who the club is, amid ongoing disputes over the European Super League and Financial Fair Play rules.

Madrid was one of the 12 founding clubs of the European Super League last April, and nine quickly withdrew amid a widespread angry reaction.

The European Club Association welcomed the return of the nine clubs that withdrew, including 6 clubs from England, but UEFA began procedures against Madrid, Barcelona and Juventus, before declaring that they had become “null and void”.

While Perez and Andrea Agnelli, the president of Juventus, argued that a breakaway style would be the savior of football, Aleksander Ceferin, the president of UEFA, claimed that the clubs were trying to “kill football”.

But Perez still refuses to give up on the Super League, and stressed that Real will not back down due to threats, and will not deliberately harm local competitions by creating a new championship.

“It is not just a new tournament, it is more than that, it is trying to change the dynamic of football, it is also freedom, where it will be the clubs who control their own destiny through financial fair play and this project is what will make that happen,” Perez said at Real’s Ordinary General Assembly on Saturday. In the end.

And he added: The Super League is a project that will avoid situations in which clubs receive random support. It will not develop unless it is consistent with the local leagues.