Performance of Tamil Nadu MPs in Parliament – What do the statistics say? – A study 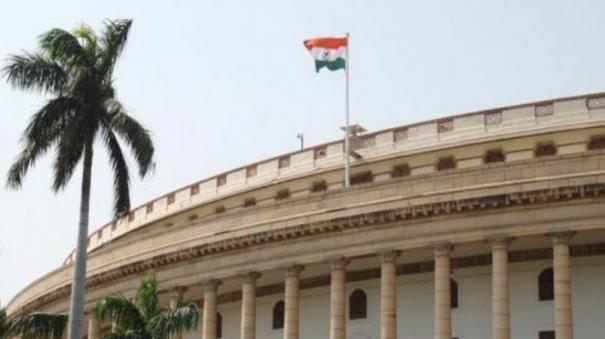 New Delhi: What do the statistics tell us about the performance of parliamentarians from Tamil Nadu in the Lok Sabha and Rajya Sabha? – Now let’s see.

86 members have been so honored in the last 12 years. This is the only civil society award given to Members of Parliament based on their parliamentary activities. It has been recognized by the India Book of Records,” he said.

Highest Scorers: Among the Lok Sabha members from Tamil Nadu, Dharmapuri MP Senthil Kumar (DMK) is at the top with 453 points. Tenkasi MP Dhanush Kumar is second with 409 points.

Self-motivated discussions: Theni MP Rabindranath has participated in 97 self-initiated debates and has topped the Tamil Nadu MPs in debates. MP Senthilkumar of Dharmapuri has taken 2nd position after participating in 66 self-initiative debates.

Individual Bills: Chennai South Constituency MP Tamilachi Thangapandian has taken the first place among Tamil Nadu MPs in the individual bill category by introducing 8 individual bills. 3 individual bills have been brought in and two are runners up. One is Dharmapuri MP Senthil Kumar. Another is Ramanathapuram MP Navaskani.

So far, we have looked at the top two positions among the Tamil Nadu Lok Sabha members in all three categories. Next, let’s take a look at the bottom two.

Low Scorers: Thanjavur MP S.S. Palanimanikkam (DMK) is at the bottom with 4 points. Thiruvallur Member of Parliament K. Jayakumar (Congress) is second to last with 34 points.

Those who failed to perform well in Rajya Sabha: So far, we have looked at the best performing Rajya Sabha members from Tamil Nadu. Now let’s look at the underperformers.

The performance of 4 Rajya Sabha members from Tamil Nadu is very poor. In fact, statistics reveal that they don’t work at all. They did not ask any question in the House last year 2022; Neither raised the debate; Individual bill was not brought. Now let’s see who those 4 people are. AIADMK’s C.V. Shanmugam, N. Chandrasekaran, R. Dharmar, DMK’s B. Selvarasu are the four. If we refer to these as the last-placed persons, the pre-last-placed p. Chidambaram. He has raised only 4 self-initiated debates. No question was asked in them; Individual bill was not brought.