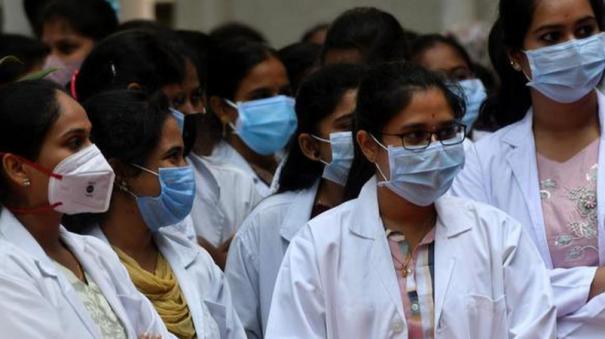 New Delhi: China has allowed a significant number of Indian students to return to China after failing to continue their studies for more than two years due to a corona infection. China has given its approval after talks with Indian Foreign Minister Jaishankar.

Especially those studying medicine and engineering. More than 21,000 students studying in China are MBBS medical students.

Many had their visa applications withheld. China had earlier given permission to students from countries including Pakistan and Sri Lanka. But only Indian students were denied admission.

We know that more Indian students are studying in China. We also have the idea that they should not stop halfway through the course.

We are placing more emphasis on the concerns and problems of Indian students in returning to China to continue their studies. Students from other countries have reported to India on the procedures and experience of returning to China.

Work on the return of Indian students to China has already begun. We have asked India for a list of those who are interested in returning to China. It will take some time for India to gather their profile.

On March 25, in New Delhi, Foreign Minister S. The Indian embassy in Beijing said in a statement that an agreement was reached to allow Indian students to return to China following a meeting between Jaishankar and Chinese Foreign Minister Wang Yi.

China has said it is considering facilitating the return of Indian students on a need-for-value basis. The Indian embassy also said it was compiling a list of students who would like to return to China to facilitate the process.

Students are also requested to provide their information by filling up a form on the website of the Embassy of India in Beijing.