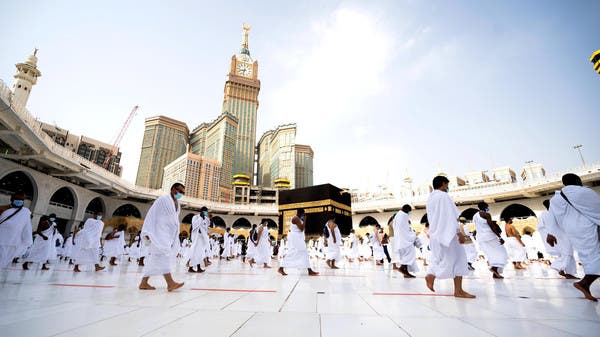 The official spokesman for the General Presidency for the Affairs of the Grand Mosque and the Prophet’s Mosque, Hani Haider, announced that the approval was issued to allow non-pilgrims to circumambulate the first floor of the Grand Mosque by adding an icon to reserve the circumambulation through the “Umrah” application, as part of the gradual return efforts after easing the precautions caused by the Corona pandemic.

He explained that the presidency, in cooperation with the authorities working in the Grand Mosque, has completed preparations to receive worshipers wishing to perform the year of circumambulation on the first floor in three periods: 7-10 in the morning, 9-11:59 in the evening, and 3-12 in the morning, with all services being prepared for the sects through Distribution of drinks of blessed Zamzam water, continuous sterilization, and preparation of doors, entrances and exits.

While he stressed that the full capacity of the terminal will be used in the first courtyard, and the pilgrims will be received and flocked through the doors leading to the journey with ease and ease, while ensuring the smooth flow of movement and the application of precautionary measures.