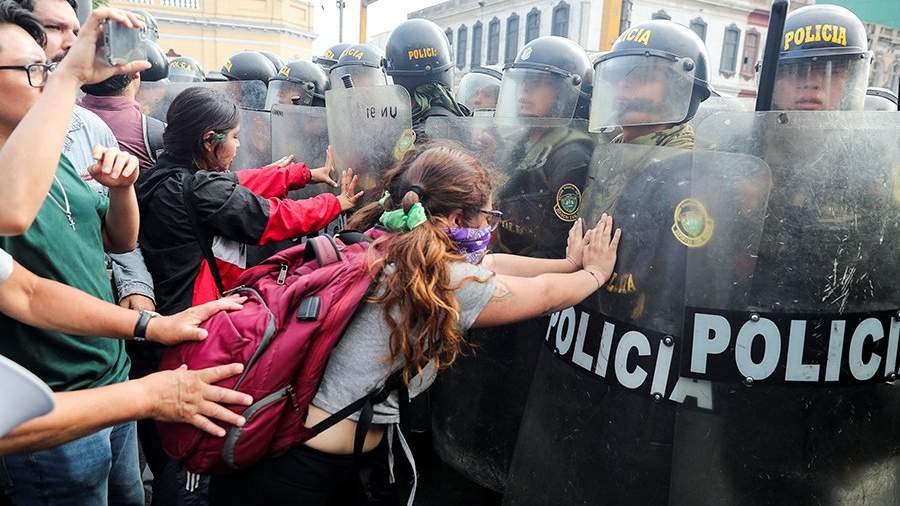 200 people were detained by the Peruvian police as a result of the liquidation of a protest camp on the territory of the capital’s university. This was announced on January 21 by radio station RPP with reference to the prosecutor’s office.

“About 205 people were detained on the grounds of the National University of San Marcos UNMSM during a police operation this morning that dispersed a protest camp that was set up at an educational institution on January 18,” the material says.

It is noted that the liquidation of the camp was carried out after the university complained of aggression against university security officers and theft of equipment.

Earlier, on January 19, it became known that during the riots at the international airport in the city of Arequipa in Peru, a person was killed. An unconscious 30-year-old man was taken to the hospital, where doctors pronounced him dead. In addition, more than 10 people received various injuries.

Prior to that, on January 17, Russian Foreign Ministry spokeswoman Maria Zakharova warned Russians against visiting Peru, and urged compatriots in the country to be careful.

On December 7, the Peruvian police detained the current President of the Republic, Pedro Castillo, after he was impeached. The politician was taken to the police station in Lima and charged with sedition and abuse of power. Prosecutor Patricia Benavidez, together with a special anti-corruption team, took up the investigation.

On the same day, the first vice-president of Peru, Dina Boluarte, took the oath as the new head of the republic. Protests in Puno, Arequipa, Cusco and other large regions in the south of the country began after Boluarte came to power.

On December 14, the Peruvian authorities declared a state of emergency in the country for 30 days due to protests.