Pervez Musharraf was transferred to the hospital .. “He is going through a difficult stage” 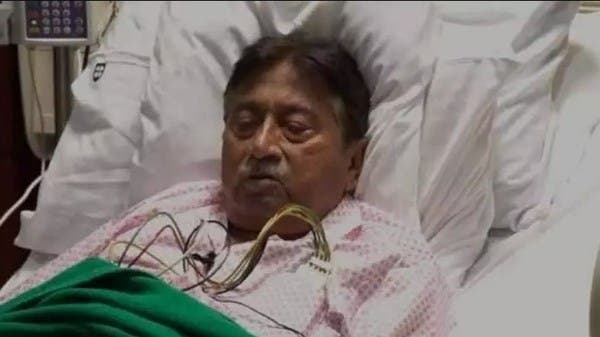 The family of former Pakistani President Pervez Musharraf, 78, announced that he was transferred three weeks ago to hospital due to complications from his disease (amyloidosis).

And his family said in a statement posted on the former president’s account on “Twitter”, Friday evening, that he was taken to the hospital due to complications from his illness, noting that he is living “a difficult stage in which recovery is not possible and the body’s organs do not function well.”

He is not on the ventilator. Has been hospitalized for the last 3 weeks due to a complication of his ailment (Amyloidosis). Going through a difficult stage where recovery is not possible and organs are malfunctioning. Pray for ease in his daily living. pic.twitter.com/xuFIdhFOnc

It is noteworthy that Musharraf took power in a bloodless coup in October 1999 and installed himself as president in June 2001.

In 2002, the judiciary legalized his coup and installed the newly elected parliament as president after winning a controversial referendum to extend his term of office for five years, AFP reported.

He also survived three assassination attempts orchestrated by Al-Qaeda during his nine years in power.

It was only after he attempted to dismiss the chief justice of the Supreme Court in March 2007 that his ruling faced serious challenges, which sparked nationwide protests and months of unrest that led to the imposition of a state of emergency.

Musharraf eventually resigned in August 2008 after facing impeachment by the new ruling coalition, and left the country to live a brief period in exile.

He returned to Pakistan in 2013 in an attempt to compete in the elections, but was prevented from participating in the elections and from leaving the country after a backlog of legal cases against him.

The travel ban was lifted in 2016 and he went to Dubai to receive medical treatment, and has remained there since.