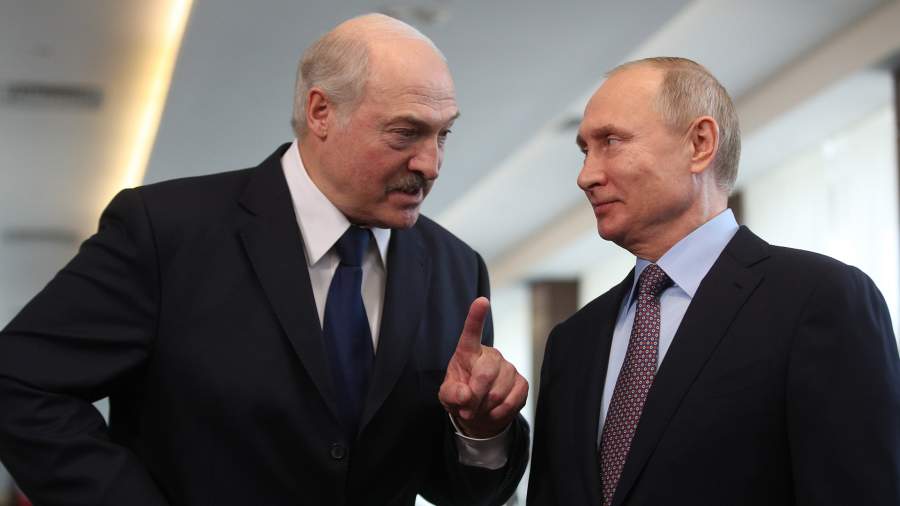 Russian President Vladimir Putin and Belarusian leader Alexander Lukashenko will meet in St. Petersburg on December 28 and 29. This was announced on December 25 by the Kremlin press secretary Dmitry Peskov.

“Indeed, a meeting is scheduled [29 декабря], they will meet at an informal summit [СНГ 28 декабря]”, – TASS quotes him.

“I don’t know what decisions will be made next before the New Year,” Peskov answered when asked to comment on media reports that Putin and Lukashenka could play hockey together in St. Petersburg.

A day earlier, the upcoming meeting of the leaders of the two states was reported in the press service of the President of Belarus. It was noted that Lukashenko will arrive in St. Petersburg on December 28, where he will take part in an informal meeting of the heads of the CIS member states. The meeting will discuss common topical problems and further steps to improve the effectiveness of cooperation. A meeting between Putin and Lukashenko is scheduled for December 29, where topical issues of cooperation between the two countries will be discussed.

At the same time, the Kremlin said that the President of Azerbaijan Ilham Aliyev, Prime Minister of Armenia Nikol Pashinyan, Belarusian leader Alexander Lukashenko, President of Kazakhstan Kassym-Zhomart Tokayev, the first President of the Republic of Kazakhstan Nursultan Nazarbayev, the head of Kyrgyzstan Sadyr will take part in the meeting of the heads of the CIS member states. Japarov, President of Tajikistan Emomali Rahmon, leader of Turkmenistan Gurbanguly Berdimuhamedov, as well as President of Uzbekistan Shavkat Mirziyoyev.

The day before, Putin spoke about the progress in rapprochement between Russia and Belarus within the framework of the Union State. According to him, the President of Belarus and his team are not easy negotiators, but “they have reached an understanding of the pace and steps” to move towards further integration. The Russian leader added that the level of integration of the Russian Federation and Belarus is much lower than in the European Union. The countries first need to synchronize their legislation in the economic sphere, the president said.

On November 4, a meeting of the Supreme State Council of the Union State was held. Putin and Lukashenko discussed issues of further bilateral cooperation, and also signed an integration decree approving 28 union programs. This document, according to the Russian leader, was a serious step forward. Lukashenko, in turn, called the Union State a priority of the priorities for Belarus. He explained that the countries are actively cooperating in various areas and are aimed at further expanding union integration, as well as protecting historical and moral values.

The Treaty on the Creation of the Union State between Russia and Belarus entered into force on January 26, 2000. In December 2019, on the occasion of the 20th anniversary of the document, it was proposed to adopt a program for deepening integration.