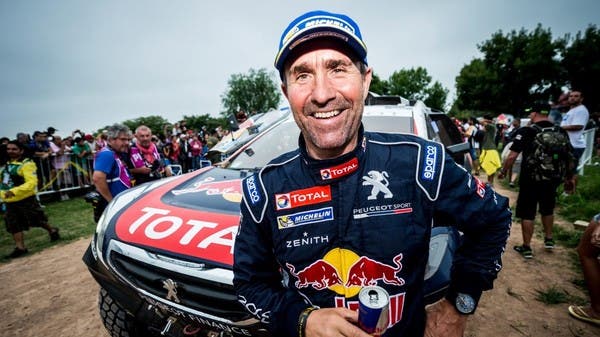 Former Dakar Rally champions had mixed results on Wednesday, with veteran Frenchman Stephane Peterhansel winning the 10th stage in the car class, while Kevin Bennabides withdrew after a technical problem.

The victory in the tenth stage is the first for Peterhansel, known as “Mr. Dakar” and 14-time winner of the rally in the motorcycle and car category, who is now using an electric car from Audi. Peterhansel was knocked out of the title race last week in Saudi Arabia.

Qatar’s Nasser Al-Attiyah maintained a comfortable lead with two stages at the end of the rally in Jeddah on Friday, although his nearest challenger, Sebastien Loeb, narrowed the difference to 32 minutes and 40 seconds.

Loeb, the nine-time world rally champion and driver for the Bahrain Red Extreme team, was fifth in the 375-kilometre stage from Wadi Al Dawasir to Bisha, while Peterhansel overtook his Audi colleague Carlos Sainz.

Three-time Dakar Rally winner Al-Attiyah finished seventh, five minutes and 50 seconds off the lead, and was penalized by adding five minutes to his time for violating seat belt regulations.

“We are happy to finish the stage without losing too much time,” said the Toyota driver and runner-up last year. Tomorrow is a good road stage for us.

Benabides’ title defense ended when his KTM bike broke down after passing 133 km of the stage due to a technical problem that he was unable to fix.

Benabides was crowned champion on a Honda bike last year, becoming the first South American rider to win the title in the motorcycle category.

The 33-year-old was fifth in the overall standings, about 10 minutes behind his Austrian teammate Matthias Walkner, who finished fourth on Wednesday as Frenchman Adrien van Beveren jumped to the top.

Britain’s Sam Sunderland finished second, about six minutes off the lead, in a stage won by Australian Toby Price on his KTM bike.