Petition against 69 per cent reservation in Tamil Nadu: Supreme Court refuses to transfer to constitutional session 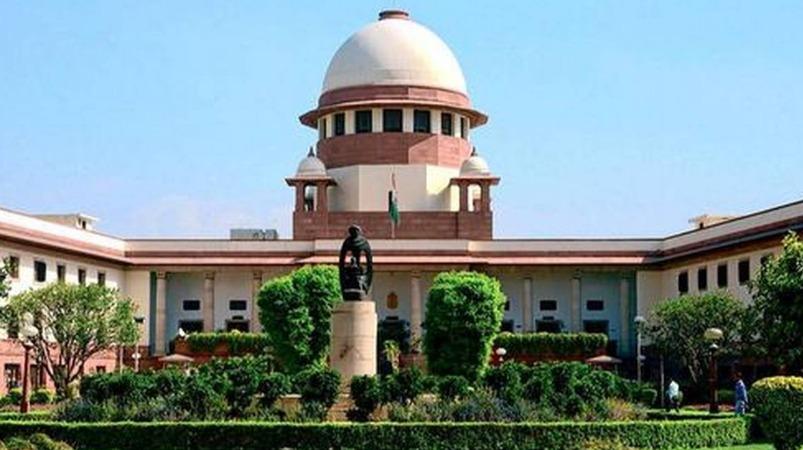 To hear the petition filed against the law providing for 69 per cent reservation in education and employment in Tamil Nadu in the constitutional session hearing the Maratha reservation Supreme Court Refused.

For Backward Classes, Scheduled Castes and Tribes in Tamil Nadu Education The law was enacted to provide for 69 per cent reservation in public service, which is included in Schedule 9 of the Constitution and protected from judicial scrutiny.

Gayatri, a student, had filed a petition against this in 2012 on behalf of her lawyer G. Sivapalamurugan.

The case against the 65 per cent reservation law in Maharashtra is being heard by a five-judge political bench headed by Justice Bhushan from the 8th. The judges’ session is scheduled to conclude the case by the 18th. The petitioners had demanded that the 69 reservation petitions of Tamil Nadu be heard along with this case.

Petitioners in the petition said, “The provision of 69 per cent reservation in education and public service by the Tamil Nadu Reservation Act is arbitrary, meaningless and excessive.

Consisting of 9 judges of the Supreme Court Constitutional Session The law of the State of Tamil Nadu is contrary to the judgment given in the case of Indira Shane. It was ruled that the reservation should not be more than 50 per cent in that judgment.

Since the Reservation Act 1993 introduced by the Government of Tamil Nadu is not in line with the judgment given in the Indira Shane case, it should be declared invalid under the Constitution.

In Maharashtra, the SEBC Act 2018 should be scrutinized when more than 65 per cent of reservations go through, as well as the Tamil Nadu State Reservation Act. Reported.

Apart from this, Dinesh, a student, had earlier this year filed a petition against the 69 per cent reservation in Tamil Nadu. These petitions were investigated together.

The petition was heard yesterday in a session chaired by Supreme Court Judge Ashok Bhushan and Subhash Reddy.

Senior advocate Mukul Rogatki, appearing for Tamil Nadu, argued, “The case should be heard after the general election in Tamil Nadu, which is currently being held by the legislature.

This law is included in Schedule 9 of the Constitution and cannot be heard by the court as it has been signed by the President of the Republic. The Marathi reservation case and the Tamil Nadu reservation case are different. We strongly oppose this comparison. Both cases should be investigated separately. “

Advocates Maninder Singh and Meenakshi Arora, appearing for Gayatri, argued, 69 percent reservation Is, arbitrarily, more. This additional reservation will have an impact on students and employment in the public sector. Led by Judge Indira Sahni with 9 judges Constitutional Session Contrary to the judgment rendered. This case should be heard in conjunction with the constitutional session hearing the Maratha reservation case. “

After hearing these arguments, Judge Ashok Bhushan presided over the session, which included Subhash Reddy. 69 percent reservation There is no need to investigate the case either. The case will be heard after the Maratha reservation case is adjudicated. Therefore, the petitioner’s request is dismissed. “

Previous articleJobs at the Indian Consulate in Dubai; The salary is Rs 1.68 lakh
Next articleThe job is begging .. but the assets will be shocking!

‘Who among you drinks alcohol’ .. Rahul’s question in the meeting with PCC chiefs .. Shocking leaders!