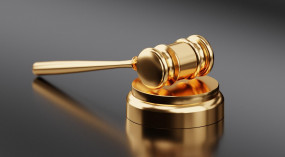 Digital Desk, New Delhi. A petition has been filed in the Supreme Court against the bail granted to Ashish Mishra, son of Union Minister and BJP MP Ajay Kumar Mishra in the Lakhimpur Kheri violence case. Petitioner Advocate C.S. Panda and Shiv Kumar Tripathi, who had moved the apex court last year seeking an independent probe into the matter. Earlier this week, Mishra was released from jail after being granted bail by the Lucknow bench of the Allahabad High Court. His lawyers had on Monday submitted two surety bonds of Rs 3 lakh each in connection with his bail orders.

The petitioners have said in their application that the order of the Allahabad High Court is based on conjecture. Challenging the bail granted to Mishra, the petition states that how can a judge of the High Court decide on the basis of presumption by using the word may to arrive at a conclusion? The plea argued that the arguments of the High Court are plagued with flaws and it has relied on assumptions without the support of direct evidence.

The plea, filed by the advocates, said that it has the net effect of granting bail to accused Ashish Mishra alias Monu and not interrogating Union Minister of State for Home Ajay Mishra on behalf of retired Justice Rakesh Jain. As a result, the morale of the law-abiding peaceful protesters coming from Lakhimpur local area and other parts of UP has been affected.

The petitioners contended that no effective role was played by the newly constituted SIT in opposing the bail applications of the accused and urged the apex court to direct the SIT to explain why things were delayed for the families of the victims, who would seek justice. are asking.

It is worth noting that on October 3, 2021, eight people, including four farmers, were killed in the violence that broke out during the farmers’ agitation in Tikunia police station area of ​​Lakhimpur Kheri district. Ashish Mishra and his accomplices were made accused in the case of farmers’ death after they were rammed by an SUV car and were in jail since October last year. Let us tell you that the Lucknow bench of the Allahabad High Court had modified the bail order of Ashish Mishra in the Lakhimpur violence case of the death of four farmers, paving the way for Ashish’s release from jail.