Petrol price Rs 100; If you have Rs. Is it fair to collect Rs 21 lakh crore? ” – Karke volleys accuse the central government 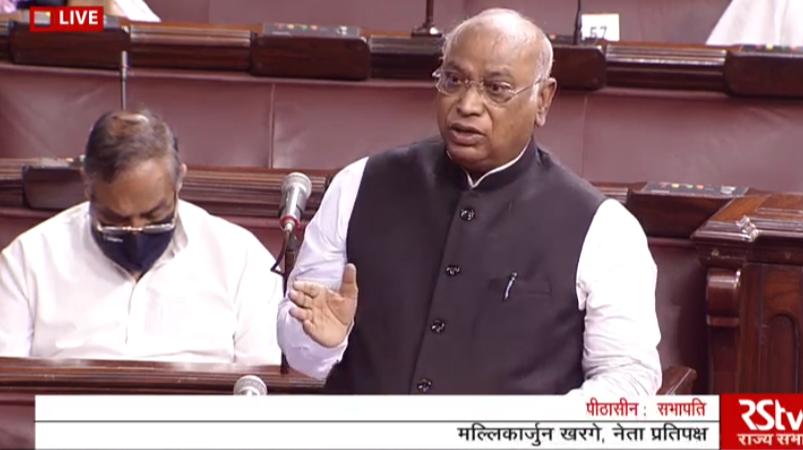 Petrol price has touched Rs 100 per liter. But the government is collecting Rs 21 lakh crore through this. Karke Complained.

It was decided to hold the parliamentary budget session in two sessions. The first session will be held from January 29 to February 15 and the second session will be held from March 8 to April 8. Accordingly, the budget session began on January 29 with a speech by the President. On February 1, Finance Minister Nirmala Sitharaman presented the budget for 2021-22.

It was followed by a debate in both houses thanking the President for the speech. In this context, the 2nd phase session started today. As usual, the state assembly was scheduled for the morning session and the Lok Sabha for the evening in view of the spread of the corona virus. Similarly, the states met this morning. The Contraception Amendment Bill was due to be tabled today.

Then the Congress MPs should go to the center of the state assembly and discuss the increase in petrol and diesel prices. Central government They chanted slogans demanding an explanation.

Venkaiah Naidu, the state assembly president, strongly opposed the move, saying he did not want to take drastic action on the first day.

Venkaiah Naidu, the state assembly president, strongly opposed the move, saying he did not want to take drastic action on the first day.

Thus the amalgamation prevailed in them. They were adjourned till 11 a.m. as Congress MPs continued to protest.

Following this, when they met, senior Congress leader Mallikarjuna Karke He spoke on the issue of petrol and diesel price hike. He said:
Petrol price has touched 100 rupees. Diesel sells for more than 80 rupees. The price of cooking gas continues to rise.

This affects people from all walks of life, including farmers and workers. Excise duty on petrol and diesel is estimated at Rs 21 lakh crore across the country. If this is significantly reduced, petrol and diesel prices will go down, ”he said.

They were adjourned until 1 p.m.