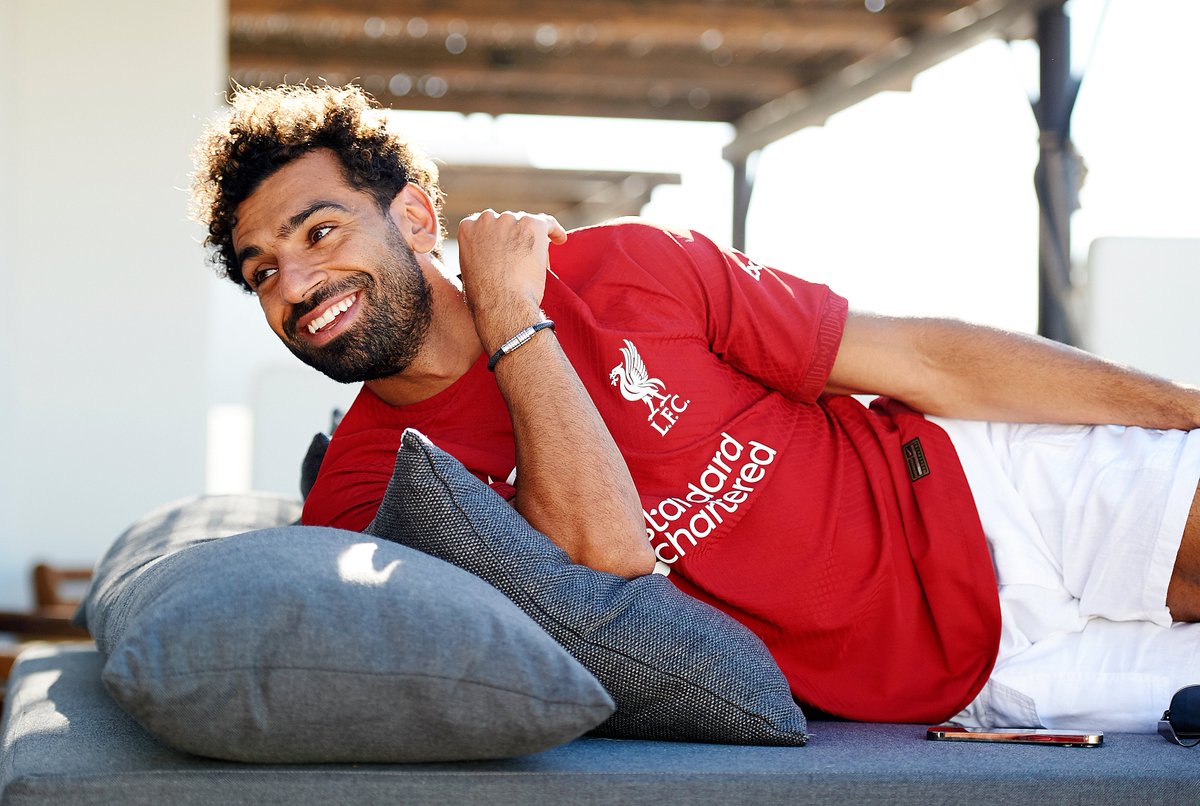 The past few hours witnessed the signing of the Egyptian star, Mohamed Salah, on his renewal contracts for the Liverpool team to continue with the club for two more seasons until the summer of 2025, to close the long film that lasted for more than a year in negotiations between the club and the player who wanted 400,000 pounds per week, and it was not yet announced. Salah’s signing is normal, but the club and the player have directed a new movie to bring out one of the best footballers in the world for the past five years.

The strange thing is that on the day Mohamed Salah signed his contract to stay in the club for 3 years, this is the way he signed it. Cristiano Ronaldo presented it to the Manchester United fans after returning to the club from Juventus.

The club also placed a picture of Mohamed Salah, sitting on the sea as a background for the club’s official account on Twitter, and he continued to tweet with pictures, clips, video and a statement for the Egyptian star, who showed great happiness to stay in Liverpool and cut all roads in front of his absence from the team for the coming seasons, which may witness writing the name of Mohamed Salah, for every historic award in the club after winning many, many titles.

With the spread of news that Mohamed Salah will receive 350,000 pounds per week in the new contract with the Liverpool team, the English newspaper “Daily Mail” stated that Mohamed Salah’s salary will be 400,000 pounds per week, which makes him the highest paid player in the English Premier League. He is ahead of Cristiano Ronaldo and Kevin De Bruyne, who earn £385,000 a week.

Until this moment, the club has not officially announced the value of the new contract, but it is clear that there is great happiness that the Egyptian and Arab legend, Mohamed Salah, signed a contract to renew his contract with the team and stay for 3 years with the club.

The club also tweeted a special video about the player and his journey with the club and the team with a video showing his most important goals. The club said in its tweet: “He is an icon on and off the field.” “He is like a gift, he loves the fans, you can say that he loves the city.”
#salah_continued

Did you ever doubt that? 👀

“He’s like a gift, he loves the fans, you can tell he loves the city” 🤗#salah_continued pic.twitter.com/7hTB28kkUc