Pictures.. Extinguishing a fire in the largest complex in eastern Saudi Arabia 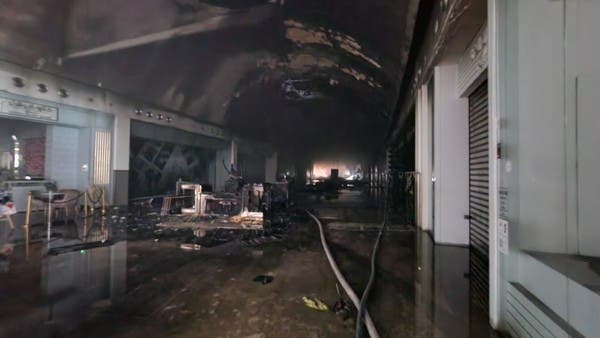 Civil Defense teams put out a large fire in Dhahran Mall, the largest complex in eastern Saudi Arabia, at dawn on Friday, lasting about 6 hours. Security aviation headed by State Security, the Red Crescent and the security authorities participated in the firefighting operation.

In the details, the fire occurred while the complex was closed at dawn, as it opens its doors after Friday prayers.

The fire was concentrated in 3 gates of the complex (10, 11 and 12), and fumes spread widely from the area.

For its part, the Civil Defense explained in a statement on its account on Twitter that a fire occurred in the ceiling insulators of the Dhahran complex, and no injuries were recorded, adding that its teams extinguished the Dhahran Mall fire, while the cooling and follow-up work continued.

While tweets circulated on social media, videos and photos of the outbreak of the fire and the escalation of fire from the complex located on King Saud Street in the southern suburb of Doha in Dhahran, and it is considered a main destination in 3 cities: Dhahran, Dammam and Khobar.

It is noteworthy that the complex was opened in 2005, and includes nearly 500 stores on an area of ​​more than 250 thousand square meters.