Pictures.. The death and injury of a displaced family of 8 people in a fire in a camp in Ma’rib 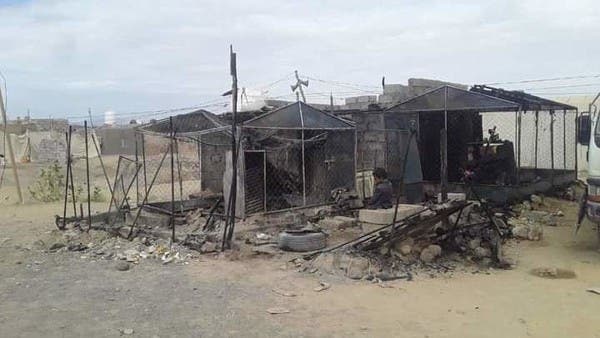 A fire broke out in al-Jufaina camp for the displaced in Ma’rib governorate, killing and wounding an entire family of 8 people, most of them children.

Today, Friday, the Executive Unit for the Management of IDPs Camps in Marib said that three children were killed and three others were severely burned next to their father and mother as a result of a fire that broke out in their house in the Al-Jufaina camp for the displaced.

The pictures published by the unit show the effects of the horrific fire that consumed the furniture and housing of the displaced family in the camp, which it said was “consisting of two networks.”

A child died and six others were injured, as a result of a fire that broke out in the same camp in early April.

Al-Jufaina camp includes no less than 8,863 families who were displaced by the Houthi militia from their homes in different parts of the country.